Council workers ignored simple social distancing rules as they held a meeting in a hotel garden as hundreds of thousands of people without gardens are forced to stay indoors in the blazing sunshine.

The group, who said they were from Swindon Borough Council, were spotted within less than two metres of each other while they engaged in conversation around a table in public view behind the Great Western Hotel in Station Road, Swindon town centre, at just after midday.

When questioned, one member of the group said “we’ve only been here for five minutes”, but Wiltshire 999s was made aware of the gathering at least 15 minutes prior.

“We’re professionals”, he added. “I don’t know that we’re so close together and it’s outdoors.”

The hotel is closed to the public, but “open to Swindon Borough Council”, another worker said. 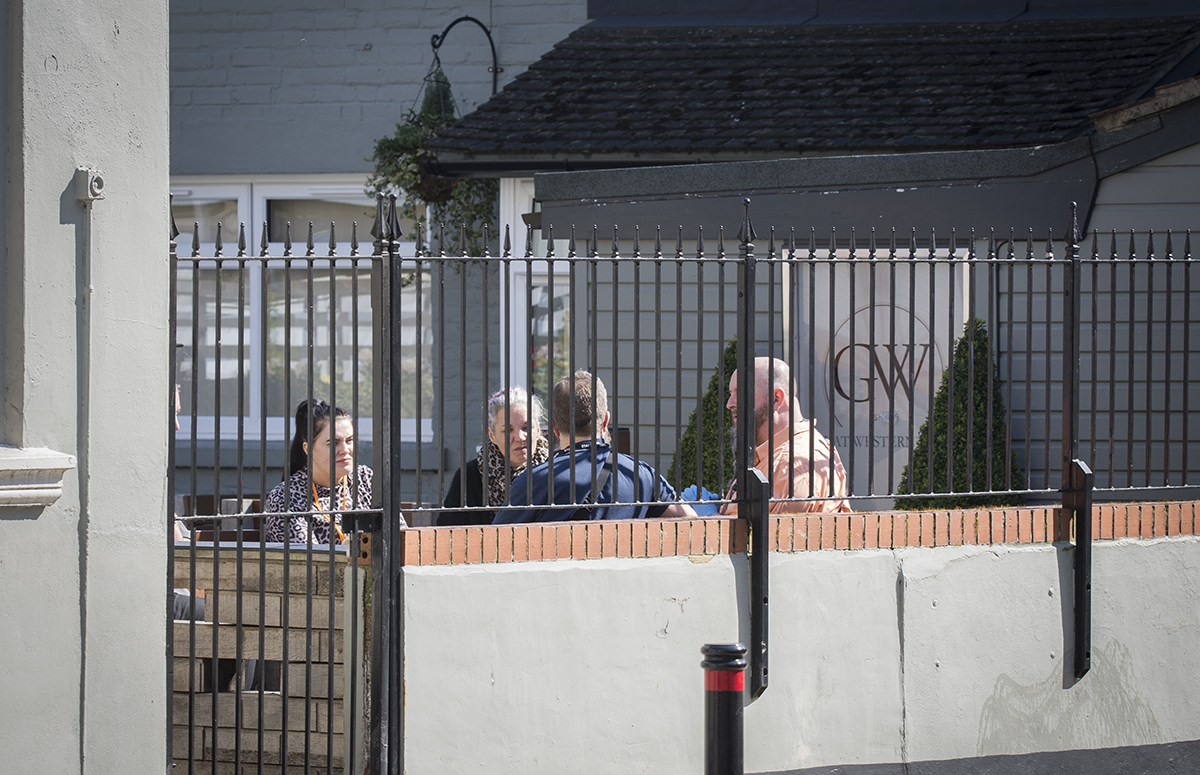 When asked about social distancing, a different work said “we’re maintaining that”, despite clear pictures showing the group have made no effort to abide by the two metre distance restrictions.

When asked, the professionals refused to confirm the nature for their meeting today.

A local business owner who spotted the group – but wanted to remain anonymous – told Wiltshire 999s that he was taking measures to support the restrictions, and is “upset” the council are ignoring them.

“In our offices, everyone’s two metres a part from one another and making a conscious effort every second of the day to ensure they do not come into unnecessary contact.

“When I saw a the group of people in the hotel’s garden, I was shocked. I was even more concerned by it when I noticed one of the women there was wearing an orange council lanyard.

“Even the police are taking social distancing seriously; I’ve seen officers walking around together having conversations two metres apart today. It’s not a difficult rule to follow.

“I don’t have a garden but I’m not allowed to leave my home to sit around and enjoy the blazing sunshine, so why are council workers sitting around in the sun for meetings on top of each other?”