Two garages were a foot deep in water this morning after a water main bust in Swindon.

Three homes were at severe risk of flooding, but Thames Water’s swift response to the incident meant the water was turned off just moments before flood water entered the properties. 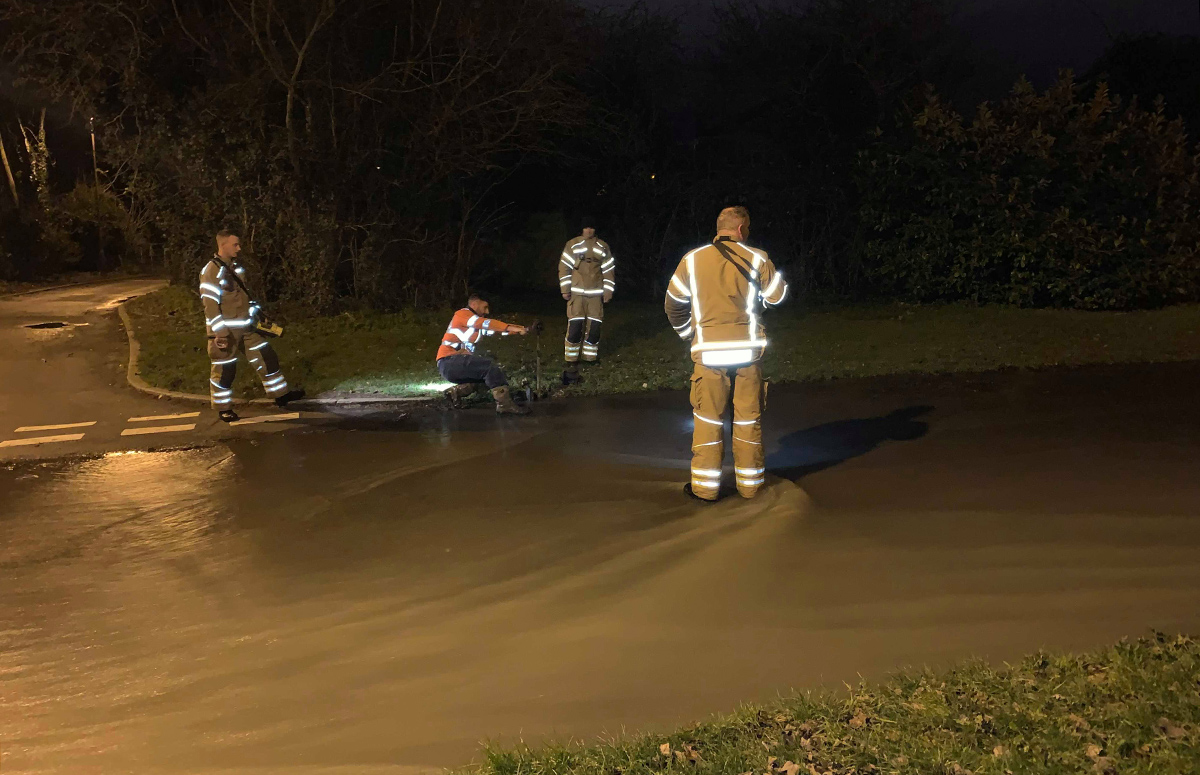 The main bust on Blunsdon Avenue, Haydon Wick, at just before midnight on Christmas Eve, with the water supply being stopped by 1am.

Dorset and Wiltshire Fire and Rescue Service have sent one fire appliance to the scene, but no action was taken by the crew other than assessing the damage and monitoring the situation.

The Local Authority Incident Manager from Swindon Borough Council was also at the scene.