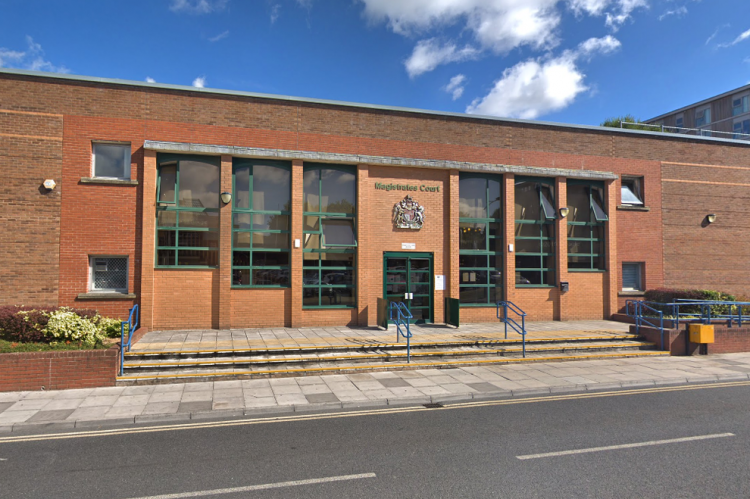 A man caused his then-girlfriend ‘excruciating pain’ when he attempted to take her mobile phone – after he accused her of being unfaithful.

Benjamin Anthony Corp, 32, denied two charges of assault by beating but he was found guilty of both offences at his trial on 13 May. He was sentenced on 14 June.

Kate Prince, prosecuting, said the defendant was asked to leave the woman’s address during a heated argument in front of children on 20 March last year.

He accused her of being with another man and refused to leave. The woman left her address and went to a friend’s house to avoid Corp.

She returned home when he’d left the area and attempted to go to sleep. Corp then turned up at her address, and fearing for her safety, the woman set her phone to record audio.

She was told to hand over her phone, but she refused. Corp took hold of her hand and squeezed – causing reduced movement and “excruciating pain” as result.

But his victim only alerted the police a month later, on 13 April, when an argument about her use of her mobile phone turned violent once again.

The defendant, of East Wichel Way, Swindon, chased the woman downstairs in what was described to the court as a “desperate attempted” to take the device from her.

He put his arm around her neck and squeezed it tight while shouting. She managed to free herself from his clutches, but she fell forward – hitting the ground.

Corp continued to try to take her phone, but he failed in his attempts and in the scuffle, as she stood up, she hit her head on a window pane in the back door – creating a “loud bang”.

Ms Prince said at this point, Corp released his grip and stopped fighting for the device. She said he “realised he’d gone too far”.

The court imposed an 18-month community order with a requirement to complete the Building Better Relationships Programme and complete 150 hours of unpaid work.