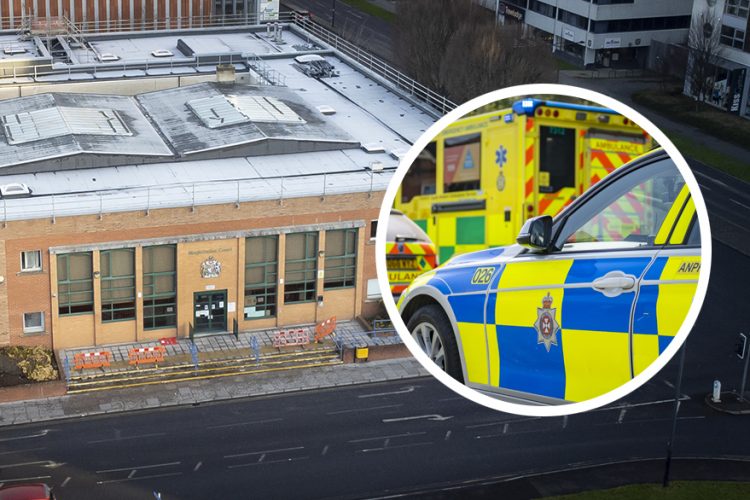 Emergency services were called to Swindon Magistrates’ Court after a casualty fell.

Police, the fire service and the ambulance service were called to the scene at around 11.30am today (11 May) following a report that a person fell two metres in Court 3, which is closed for repairs.

In a statement, Dorset and Wiltshire Fire and Rescue Service said: “We were called to Princes Street, Swindon at 12.05pm this afternoon by our ambulance colleagues.

“Crews from Swindon and Westlea, along with the aerial ladder platform (ALP) from Swindon attended the incident which involved moving a casualty who had fallen approximately 2 metres inside the building.

“The ALP was released from the scene within five minutes as it wasn’t needed. Our stop came at 1.37pm.”

A spokesperson for the South Western Ambulance Service said: “We were called at 11:28hrs to an incident in central Swindon.

“We sent a hazardous area response team and a double-crewed land ambulance, which are at the scene”.

This is a breaking news story. We're working on bringing you the latest updates. This story is being updated regularly, please refresh this page for the latest version.

Did you witness the incident? Do you have information or photos? Call, text or WhatsApp our duty reporter on 07794 802 940 or email [email protected]. We'll never publish or share your personal information, unless you consent.