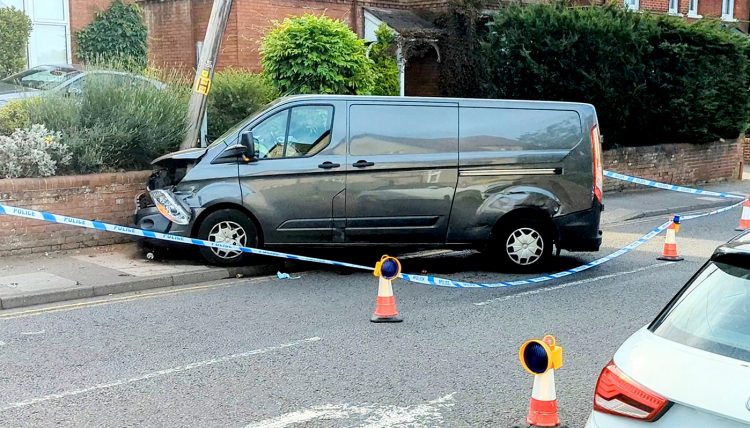 A man was arrested following a pursuit in Salisbury early this morning (17 June) in connection with a number of burglaries reported overnight.

At approximately 3am, we received a report of a burglary at an address in Butts Road. Officers conducted area searches and attempted to stop a Skoda Superb in the area.

The vehicle failed to stop for officers and collided a short while later with a Ford Transit van. Damage was also caused to a wall as a result.

The driver was seen to flee the scene on foot but was located in a garden in Castle Road.

Further enquiries found that the Skoda had been stolen from an address in Avon Terrace earlier that evening.

He was taken to Melksham custody for questioning.

Det Insp Dean Garvin, of Salisbury CID, said: “After some quick-thinking by our Community Policing Teams, detectives are now investigating a number of burglaries that took place overnight.

“I am pleased to report that one man has been arrested and is currently in custody.

“Enquiries are continuing – if you have any information either related to the two burglaries already reported, or you are aware of any suspicious activity overnight in the Salisbury area, please get in touch.”

Anyone with information should call 101 and ask to speak with Salisbury CID, quoting crime reference number 54220062630. Information can also be provided anonymously through CrimeStoppers on 0800 555 111.