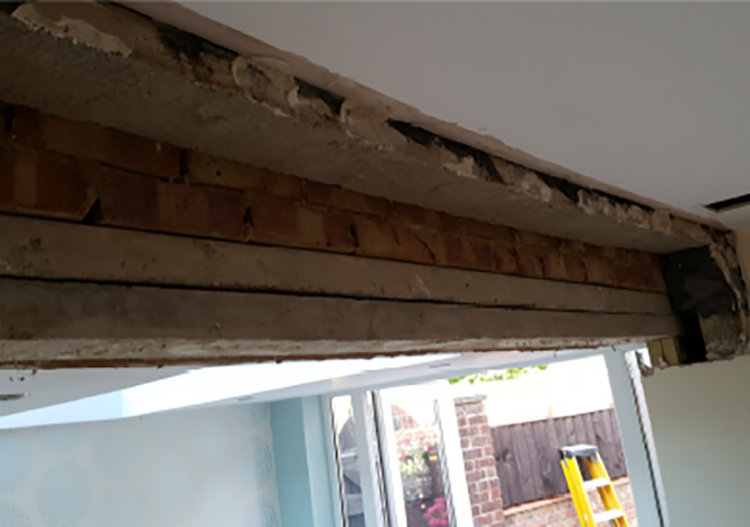 A Salisbury builder has been successfully prosecuted by Wiltshire Council for substandard work and using professional accreditations without authorisation.

The court heard that an Amesbury resident employed the company (now in liquidation) to carry out a garage conversion and extension to his property in the spring of 2017, at a total cost of £18,600. The work was to include the installation of steel lintels as specified in the building calculations provided by a local structural engineering company.

Unfortunately, Mr Rose ignored these specifications and installed pre-stressed concrete lintels instead of steel beams which came to light when a Building Control Certificate was sought.

The chartered structural engineer who inspected the work reported that this would have caused, at the very least, large cracks to appear in the masonry above, but could also have resulted in a catastrophic collapse of the wall.

In addition to this, Mr Rose used Environment Agency and the Local Authority Building Control logos on his paperwork without authorisation when providing quotes to other customers, giving false reassurance to customers as to his competency.

On 8 October 2021 at Winchester Crown Court, Mr Rose was sentenced to nine weeks in prison, suspended for 12 months. He must also complete 100 hours of Community Service within the next 12 months and pay £4,076 in compensation.

Wiltshire Council was awarded a contribution of £5,000 towards its costs.

Cllr Ashley O’Neill, Cabinet Member for Public Protection said, “The substandard work carried out by Mr Rose could have had catastrophic consequences. Our Building Control and Trading Standards teams have worked together to achieve this successful prosecution.

“We would encourage anyone contemplating having building work done by any tradesperson who claims to be a member of a regulatory or trade body, to contact the organisation and check that they are a registered member.”