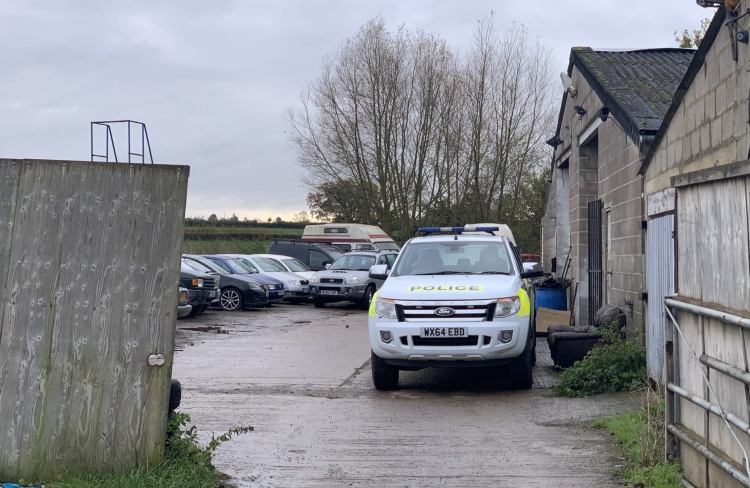 The bomb squad were called in by armed police after raiding a business unit near Trowbridge on Tuesday.

A number a police officers are guarding the scene this morning, as an investigation remains ongoing in Southwick following the warrant being carried out under a Misuse of Drugs Act and arrests being made.

A local resident told Wiltshire 999s that she witnessed ‘more than a dozen’ police vehicle race to the industrial estate in Hoopers Pool on Bonfire Night, a day before she saw the Explosive Ordinance Disposal (better known as the bomb squad) attend the scene.

Two men and a woman were arrested on suspicion of being concerned in the production of a Class B Drug during the execution of the warrant, but have since been released while the investigation is continues.

Another local resident, who was working on land near the scene, told Wiltshire 999s that ‘police should be focusing on real crime’, adding that ‘he [one of the men arrested] is a good person’.

Wiltshire Police has confirmed the attendance of the bomb squad, but say they only attended ‘as a precaution’. It is not yet clear what sparked the alert.

A spokesman for the force said: “Three people, two men and a woman from the Trowbridge area, were arrested on suspicion of being concerned in the production of a Class B Drug

“The two men, in their 50s, have been released on conditional bail while enquiries continue. The woman, in her 40s, has been released under investigation.”