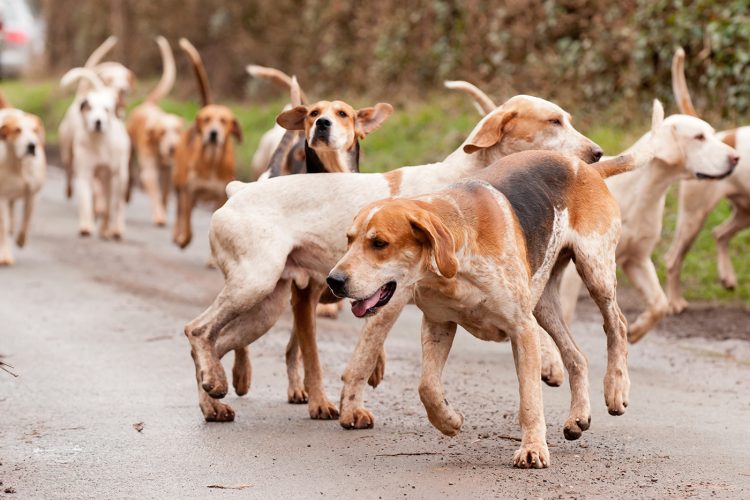 Two members of The Beaufort Hunt have appeared in court charged with fox hunting.

At Swindon Magistrates’ Court today (11 May), co-defendants Rhys Matcham, 30, and Matthew Ramsden, 35, pleaded not guilty to a charge of hunting a wild mammal with a dog.

Prosecutor Natalie Cheeseman alleged the defendants allowed a pack of hounds to chase a fox in Brokenborough, Malmesbury, at about 8.30am on 13 September last year.

She said the prime evidence, in the form of video footage, was provided by a member of Cirencester Illegal Hunt Watch.

Ms Cheeseman alleged that Matcham and Ramsden were “knowingly engaged in hunting a fox” and did nothing to stop the hounds from pursuing the fox.

She added: “No one appears to do anything to stop the hounds chasing fox”.

Daniel Gill, defending, said his clients both deny hunting whilst legally following a trail and that they “did everything they could” to stop the hounds from pursuing the fox.

The trial will be heard at Swindon Magistrates’ Court later this year, but legal advisor Juen Batchelor said a date cannot be fixed until expert witnesses have confirmed their availability.

Matcham, of Kennel Drive, Badminton, and Ramsden, of High Street, Badminton, were remanded on unconditional bail.