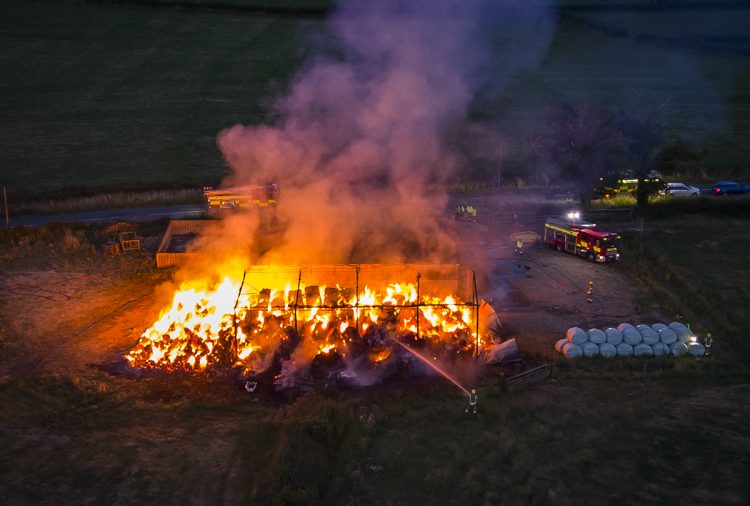 A barn fire near Malmesbury is expected to burn for the next 24 hours.

Several fire crews are currently battling the building blaze – involving tonnes of hay – off the B4040 between Luckington and Acton Turville.

Dorset and Wiltshire Fire and Rescue Service said they were called to the incident at around 7.45pm.

It’s understood the fire is being treated as suspected arson by Wiltshire Police. The force has tonight launched an investigation. 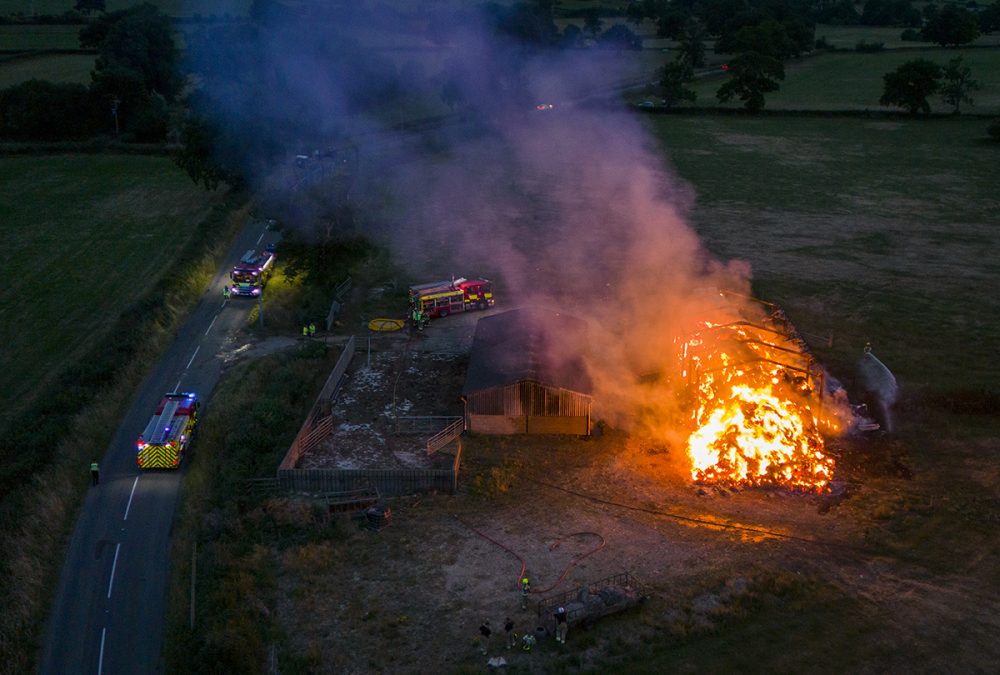 In a statement, the force confirmed that the road is expected to remain closed overnight.

They said: “Please be advised that the B4040 at Hebden Farm Luckington Chippenham is currently closed to all traffic as emergency services are dealing with an incident and it is likely to be closed for the foreseeable future.

Local residents should keep their windows and doors closed to avoid breathing in the smoke plume.