Armed police officers are dealing with a mental health incident in a Wiltshire village.

Emergency services are understood to have been first called to the scene near Westbury at around 9.30am this morning but remain there nearly three hours on.

At least six police vehicles and an ambulance are at the incident on the A3098 Chapmanslade, attending a property on the junction with Huntenhull Lane towards Corsley. 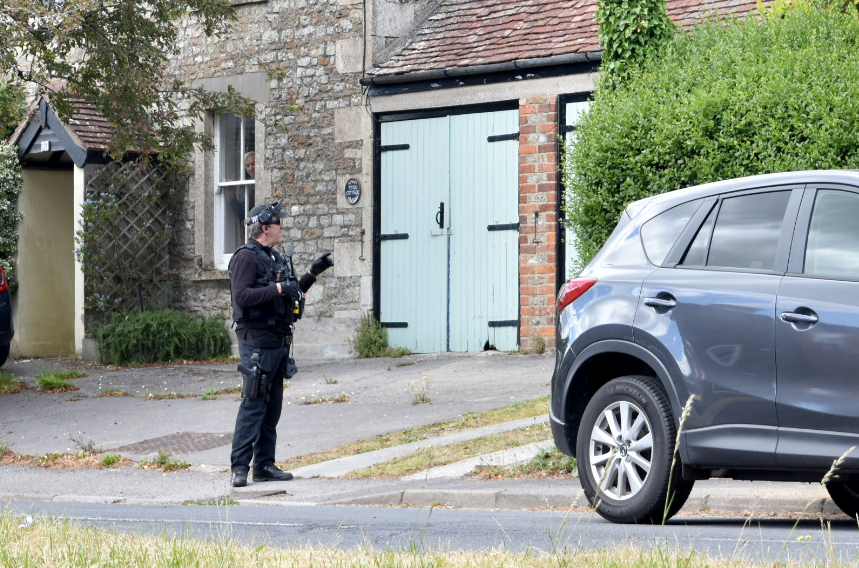 The patient – a man – is believed to have locked himself within a property and is refusing to leave for treatment. He is playing the guitar while he remaining inside, for the most part, ignoring police.

It is not clear why armed officers are leading the incident; it’s likely the man has a weapon.

No one else is thought to be within the address.

A spokesperson for Wiltshire Police said: “We are currently dealing with a mental health related incident in the High Street, Chapmanslade.

“As a result, there is a large emergency services presence in the area.

“Please do not be alarmed by this – there is no wider risk to the public.”