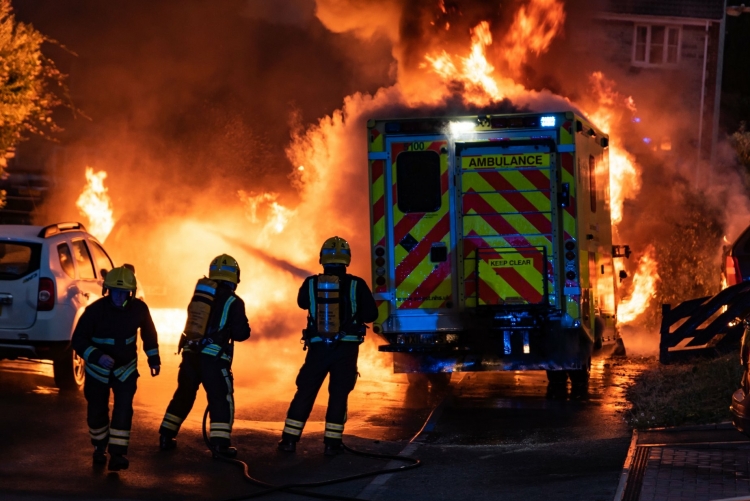 An ambulance exploded as it turned into a raging fireball in a Wiltshire town tonight.

Paramedics were responding to help a casualty when their emergency vehicle burst into flames on Long Hill, Mere, at around 10pm this evening, Wednesday 4 July.

The ambulance crew were inside an address in the area for around 45 minutes before they saw smoke coming from the vehicle. Minutes later, it was ablaze. The fire is understood to have been caused by overheating.

Firefighters from Mere, Gillingham and Wincanton fire stations raced to the scene and swiftly extinguished the blaze, which also involved a number of vehicles I’m the close vacinity of the ambulance.

It’s not believed anyone was hurt.