The A419 has been reopened in both directions following a two-vehicle crash this morning.

Emergency services were called to the scene at around 7am following the road traffic collision between the White Hart Roundabout at Gablecross and the Commonhead Roundabout.

A small white car and a blue van were involved in the incident across both sides of the A419. 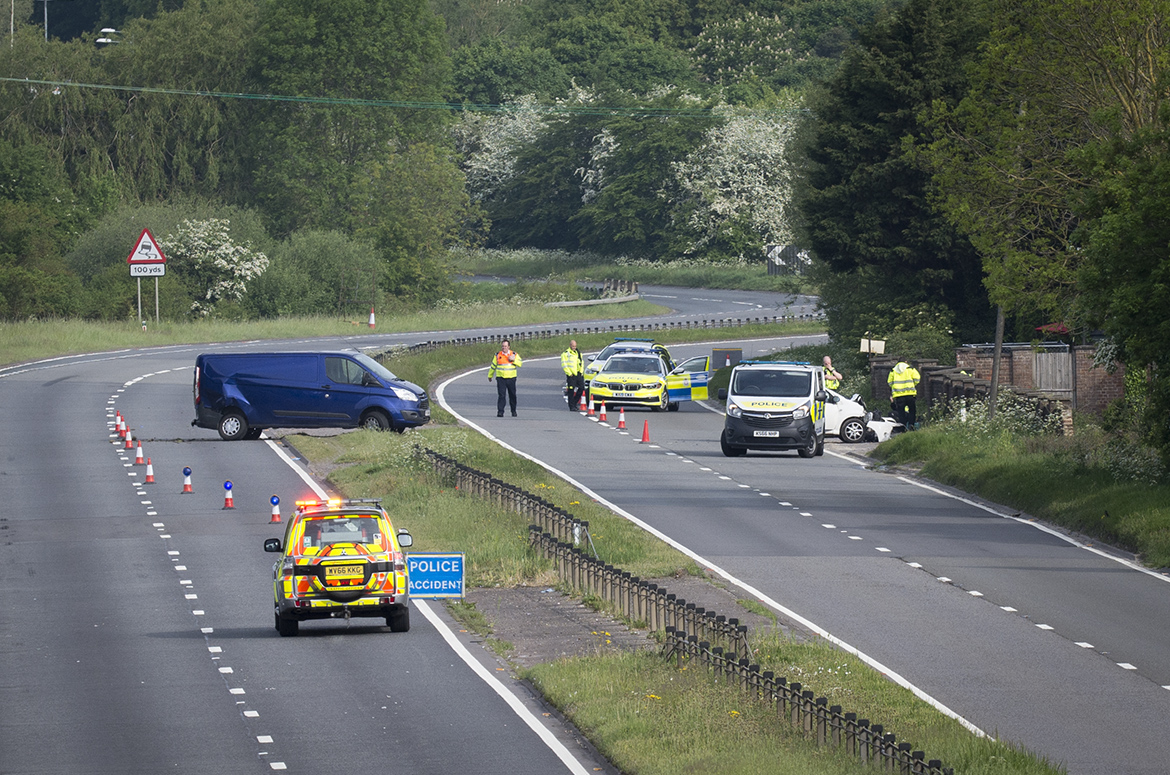 In posts across social media, police initially labelled as ‘serious’, but have since confirmed that one casualty – a woman in her 50s – suffered only minor injuries.

She was taken to the Great Western Hospital for treatment.

The road was reopened at around 11am.