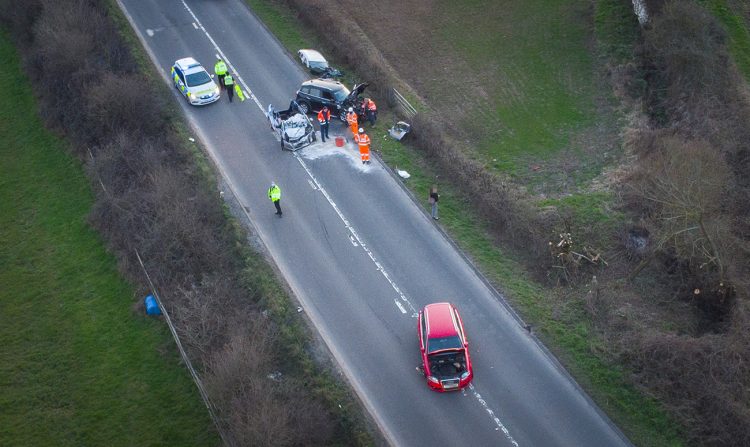 The A350 has been closed in both directions following a three-vehicle crash.

Emergency services were called to the incident on the main road near Trowbridge shortly before 5pm following reports of a casualty trapped in vehicles.

Three vehicles – a red Audi, silver Honda and a black Mini – were involved in the collision.

Wiltshire Air Ambulance landed in a field near the scene so the charity’s medics could provide critical care as firefighters worked to remove the roof of a Honda using hydraulic cutting equipment.

The A350 is currently closed between West Ashton and Semington. 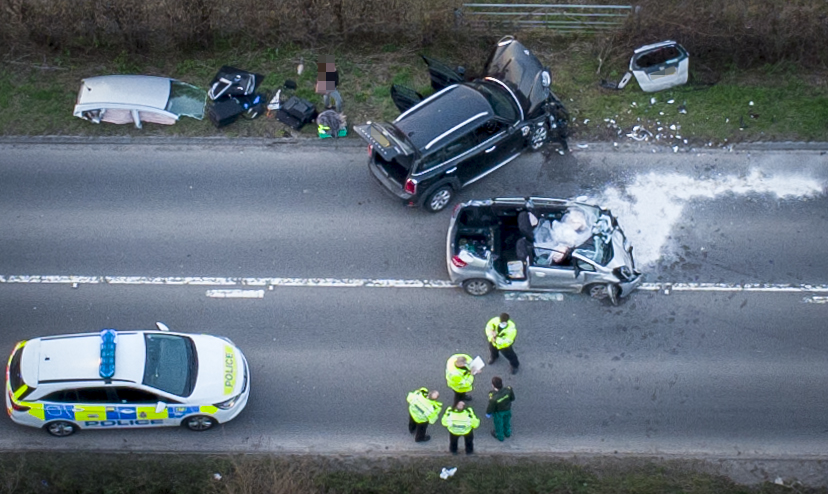 One casualty – a female driver – was taken to Royal United Hospital for treatment.

Two fire crews, several ambulances and police were all in attendance, however, it’s thought those involved escaped without any significant injuries.

The road is expected to reopen by around 8pm.

A spokesperson for Wiltshire Police said: “At around 4.45pm today we received a call about a road traffic collision on the A350 between West Ashton and the Semington roundabout.

“The female driver of one of the vehicles was taken to Royal United Hospital but her injuries are not believed to be life-threatening.

“The road is currently closed, but will be reopened shortly once the vehicles are recovered.”