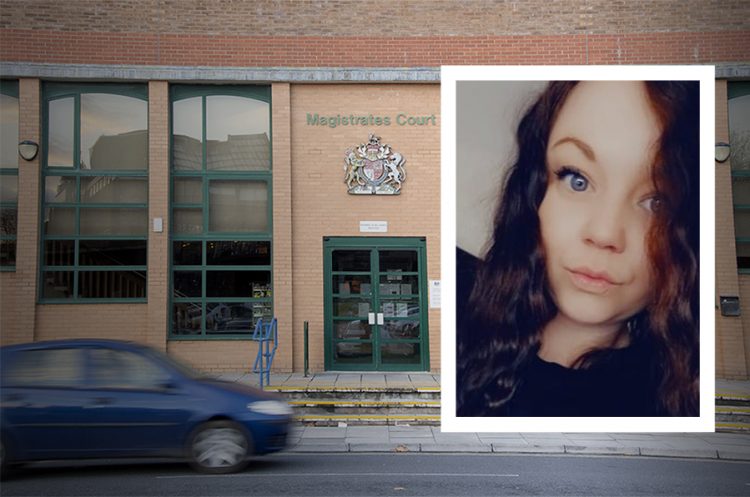 A woman bit a security guard and spat in the face of a shop manager during two separate incidents in Chippenham last year, a court heard.

Crown prosecutor Ben Worthington said the defendant, of Kingsbury Square, Melksham, had entered Poundland in High Street at around 3pm on 9 August before concealing items from the shelves on her person.

Glenn Pittman was the security guard on duty at the time. He went to confront Sheppard and took the concealed items from her. She’s said to have swung a punch and then bitten him on the shoulder – causing pain and discomfort – before leaving the store.

On the same day, Sheppard visited the One Stop in Market Place accompanied by a male. He attempted to purchase a four-pack of cider but was refused due to being banned.

She offered to pay for the cider, however, she was refused due to appearing underage. As a result, she took hold of the cider and attempted to leave.

Confronted by the manager, Emma Kelly, Sheppard then pushed her to the chest – causing a momentary pain and some bruising – before removing her mask and spitting directly in her face.

Sheppard was also charged with two offences of sending grossly offensive messages via text message and Facebook message over an alleged debt owed to her of £70.

Messages sent to two women known to the defendant included “sick twisted black b**ch”, “sort your black sweaty sister out”, “oi you black c**t”, “I’m going to put your teeth down your throat”, and others.

Mr Worthington suggested the sentences were uplifted for the racial elements.

The court heard Sheppard has seven previous convictions for offences against the person. Earlier this month, she was handed a nine-month sentence for an offence of actual bodily harm (ABH) in April last year. The prison term was suspended for 18 months.

He said Sheppard is currently working with The Nelson’s Trust, who are helping and assisting her with abstaining from alcohol and drugs.

“It all went wrong some time ago. In 2016 – she has an underlining mental health difficulty, but in addition to that, an abusive relationship”, Mr Tawo told the court.

He added: “She lost custody of her children at that point. The result of this single action was that it drove Miss Sheppard down the wrong path, as it were.

“Unfortunately she started to use drugs to numb the pain. She also used alcohol.

“Her conduct at the time resulted in her losing her house in Chippenham and then she was rought sleeping. Most offences previously are as a result of living on the street.

“She was on a self-destruct mission”.

It was said the defendant went into a detoxication unit for a ‘considerable period of time’ before going to prison. She came out clean and she’s been alcohol and drug-free to this date.

Magistrates sentenced Sheppard to a total of 22 weeks in prison suspended for 18 months.

They ordered her to complete 10 rehabilitation activity requirement days and an alcohol abstinence programme for 60 days. Her alcohol intake will be monitored by an electronic tag device – drinking alcohol will trigger the device and result in a breach of the order.

Sheppard must also pay £100 compensation to each of the four vitims.