Wetherspoon pub in Swindon shuts after mass disorder breaks out 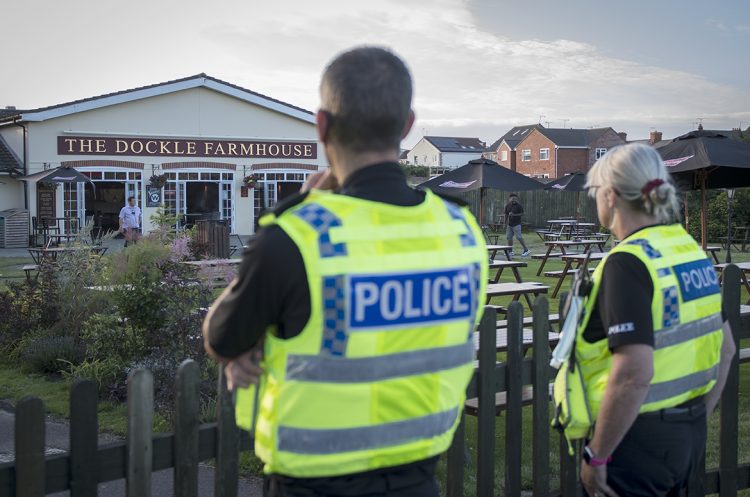 A Wetherspoon pub in Swindon has shut its doors after police were called to a mass disorder.

Around ten police units arrived at The Dockle Farmhouse in Bridge End Road at around 7.15pm this evening following 999 calls to a large fight breaking out in the pub garden.

The disorder escalated, flowed out into the road and blocked it in both directions.

A number of people suffered injuries in the fight but have since fled the scene. Two eyewitnesses said a man was hit over the head with a glass bottle and was bleeding heavily from the face.

A video seen by Wiltshire 999s shows around 20-30 people involved in the disorder.

It is not clear whether the police forced the pub to close, or whether the firm made that decision to prevent further violence at the venue tonight.