A specialist water rescue team have entered the canal in Wichelstowe this afternoon.

Around 25 search and rescue volunteers from Wiltshire, Berkshire and Oxfordshire are working to find missing Tina Davis, and six took part in the water operation which began at around 4pm. 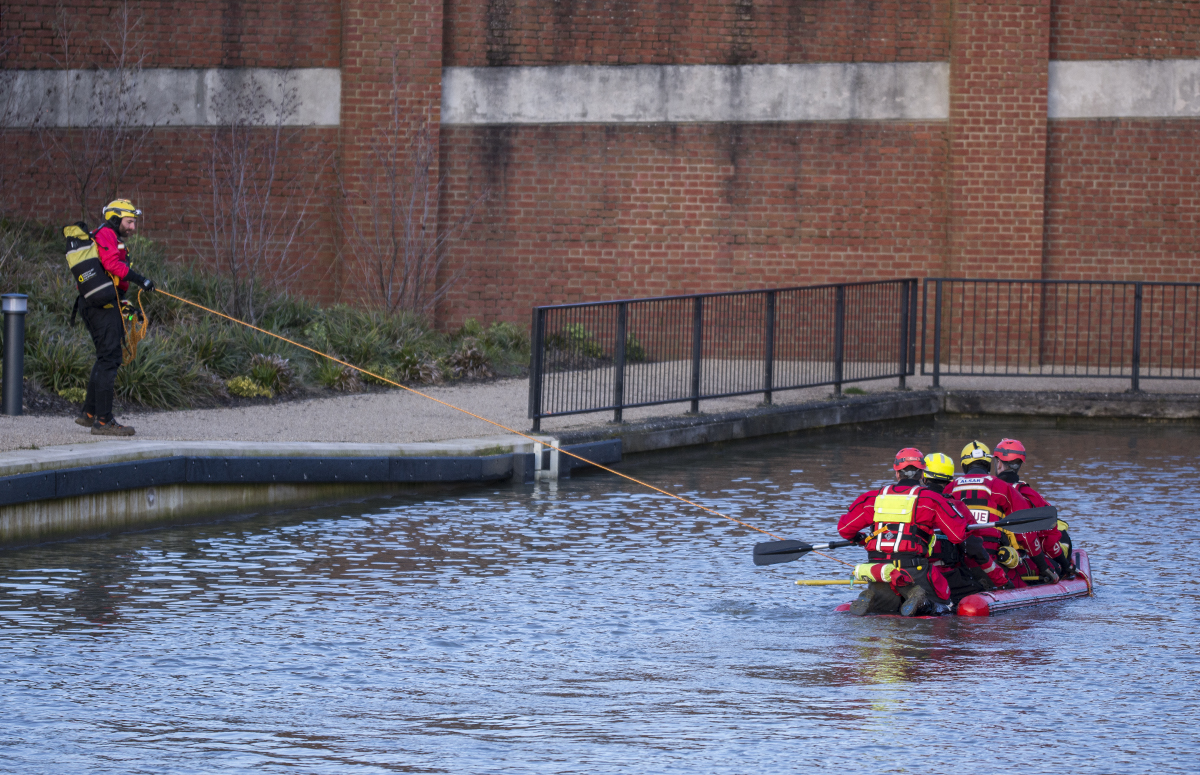 The water-based part of the major operation marked 24 hours since the 56-year-old was last seen, as the team entered the Wiltshire and Berkshire Canal opposite the new Hall and Woodhouse pub.

A spokesperson for Wiltshire a police said: “She’s described as white, of medium build, 5ft 3′ tall with blonde hair.

“We would urge either Tina or anyone who has seen her, to contact police immediately.

“If you have information please call Wiltshire Police on 101, or 999 in an emergency.”

‘Fishing is not exercise’, warn Wiltshire Police after lake patrol