A boy has been hit by a car after pulling stunts on a scooter behind an TV camera crew outside the Katrice Lee crime scene.

Emergency services were called to the scene on Abbey View Road, Swindon, at just before 6pm — moments before the ITV presenter was due to go live with tonight’s top story.

The crash, involving a white Nissan Micra and the young boy riding a scooter, left the presenter covered in some of the child’s blood. 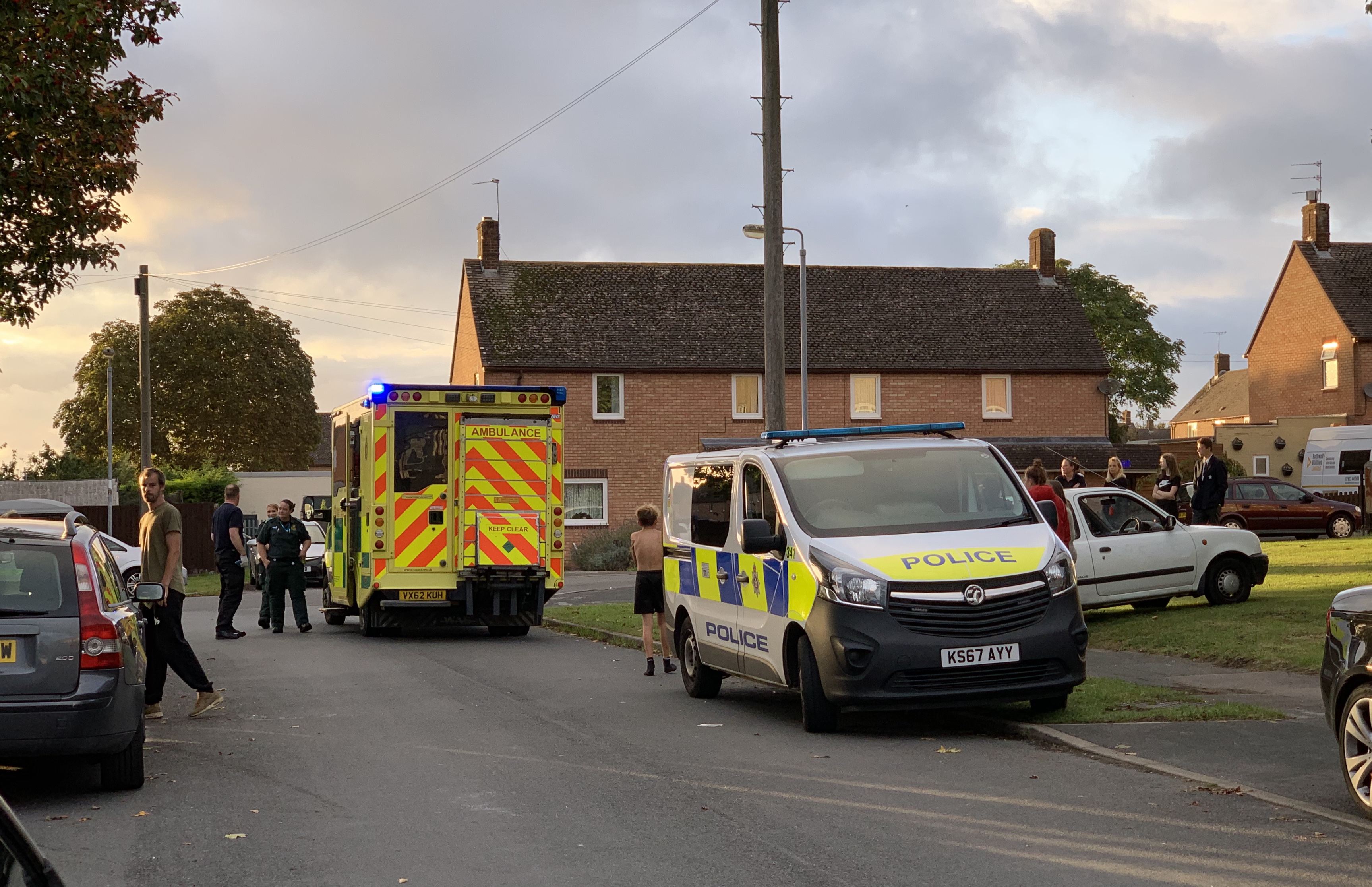 A number of military police personnel attended to the injured boy’s injuries before he was taken to hospital in an ambulance. His injuries aren’t thought to be serious.

The child was performing stunts on his scooter behind the camera crew for around 20 minutes prior to the collision, possibly in a bid to appear on TV.

Arrests made after report of ‘suspicious men’ walking towards phone shop