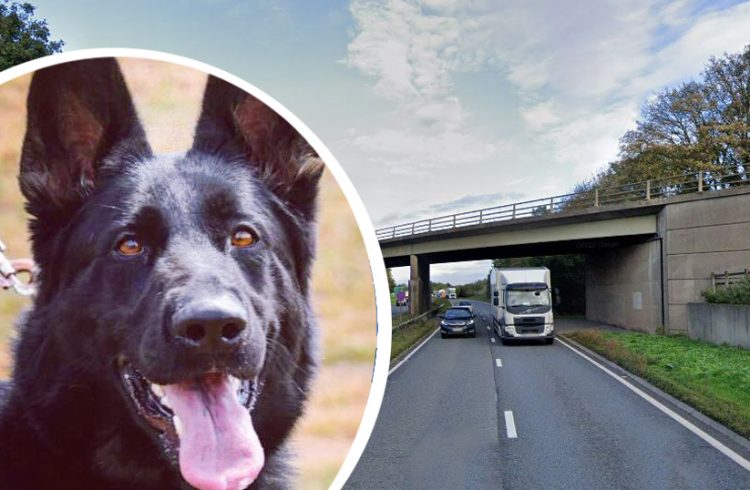 Three teenagers were arrested following an incident on a bridge in Swindon last night.

Police were called to reports of traffic cones being thrown onto the A419 from a road bridge above at around 10.45pm, risking the lives of motorists below.

Two lorry drivers reported their HGV’s windscreens were smashed during the incident.

Officers were immediately tasked, with a police dog unit deployed to search the area after reports the suspects had fled on foot.

A short time later, thanks to Police Dog Bree and her handler, three male teenagers were arrested on suspicion of causing criminal damage and criminal damage with intent to endanger life and taken into custody.