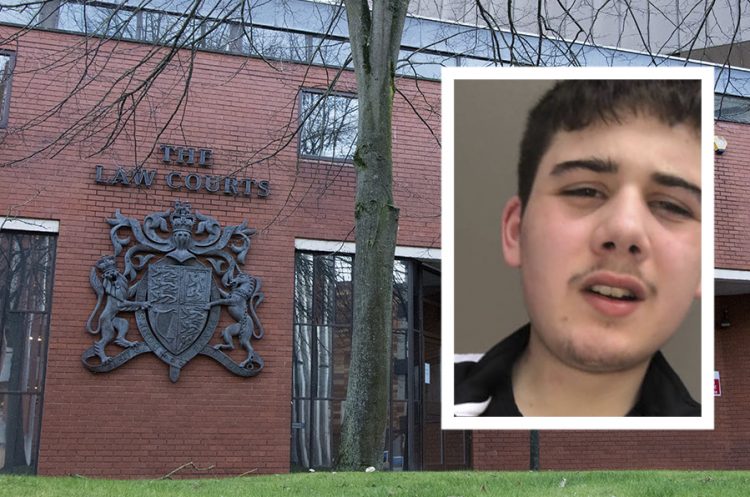 A Swindon teenager committed a burglary whilst under the influence of cocaine, pregabalin and valium, a court heard.

Joshua Oxford, 18, appeared before magistrates this morning having been remanded in custody charged with six offences committed yesterday (3 June).

The defendant, of Heygate, Tadpole Garden Village, pleaded guilty to possession of a knife, three counts of assaulting an emergency worker, burglary and criminal damage.

Crown prosecutor Keith Ballinger said that police responded to reports of a man inside a property in Ken Savage Close, Park North, at around 1am on Thursday.

The caller, a neighbour, reported seeing someone wearing black clothing – who they didn’t think was supposed to be there – searching for something.

When officers arrived at the scene they noticed a person matching the description cycling off. He was swiftly detained nearby.

Resisting the officers and shouting verbal abuse, one officer feels a sharp object in the defendant’s waistband. A multi-tool with a locking knife was seized, alongside a mobile phone sealed in a police evidence bag. The mobile phone was found to have been taken from the address in Ken Savage Close.

During his arrest, he spat at PC Thomas – the spittle landing on his trouser leg.

In custody, officers were forced to restrain him after headbutting the wall. During this, he kicked backwards and struck PC Baker in her knee. She felt instant pain as a result.

Assisting, PC Lambert had his hand on Oxford’s chin when he attempted to bite down on his hand. The officer suffered no injuries.

In his custody cell, he made his finger bleed before writing 666 on the wall in blood.

During an interview prior to being charged, the teenager told officers he had been in The Messenger pub where he’d snorted cocaine and drank alcohol between 5pm-10pm. He told how cocaine made him paranoid.

The defendant said he did not recall much about the evening, other than that he went to a friend’s house in Park North after the pub trip where he took pregabalin and valium. The next thing he claims to remember is being pounced on by officers following the burglary.

The court heard Oxford appeared at Salisbury Magistrates’ Court last Friday where he admitted possessing cannabis, criminal damage and a public order offence. He is due to be sentenced on 23 August.

Emma Thacker, defending, said her client had been taken to hospital following his arrest – the police called him an ambulance. He later returned to custody.

“He is an unwell young man”, she commented.

Ms Thacker said the defendant has not been taking his medication for ADHD, and has been using drugs – pregabalin and valium – to counter the medication he needs. He is also being tested for autism, ADD and voices in his head, she added.

The chairman of the bench said: “We’ve got an international pandemic and you’ve spat at someone.

These are all very serious offences. They are so serious we don’t think we can deal with them in the magistrates’ court. We are sending them up [to Swindon Crown Court] for sentencing.

The case was adjourned for sentencing at Swindon Crown Court on 9 July. He was bailed with conditions to live and sleep at his home address with a GPS-monitored 7pm-7am curfew.