A Swindon man who was caught by a paedophile hunter after arranging to meet a child for sex has today pleaded guilty to the offences. 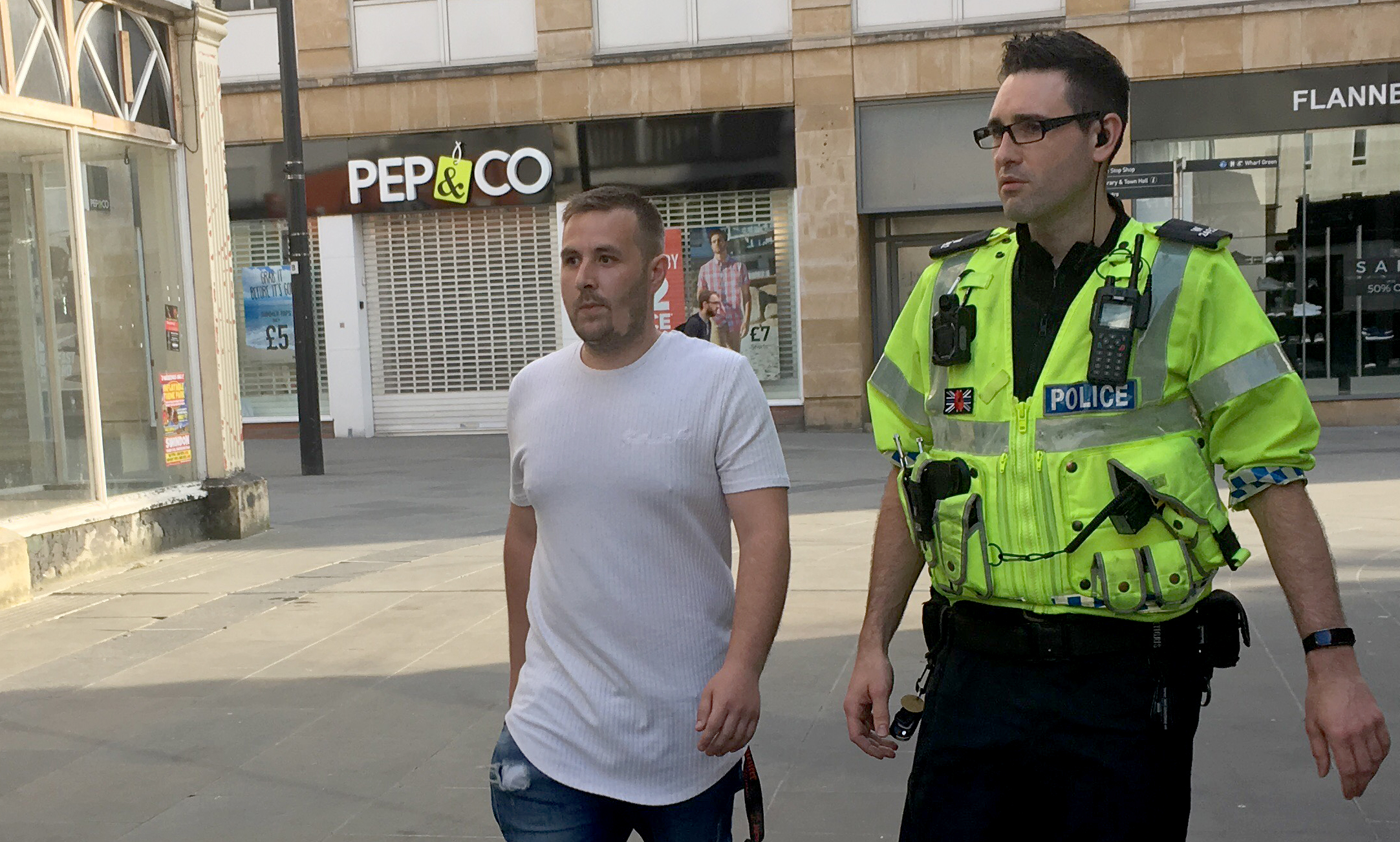 Mark Lee Smith, a father-of-one, was arrested by Danny Catcher who hunts predators online, on Regent Street in Swindon town centre on 22 June.

Wiltshire Police were called to the scene, where they were shown evidence of Smith grooming a 14-year-old child through apps on his mobile phone.

The conversation started on the dating app Skout, where the paedophile hunter who was posing as the child made him aware of her age – on many occasions.

The conversation moved on to Kik, a messaging app, where the meet was arranged.

The disturbing chat logs show his intent to meet the 14-year-old and have sexual intercourse with her – even suggesting it’s better without a condom.

At Swindon Crown Court, Smith pleaded guilty to ‘attempting to incite a child to engage in sexual conduct’ and ‘attempting to meet a child following sexual grooming’ and is due to be sentenced on 18 August 2017.