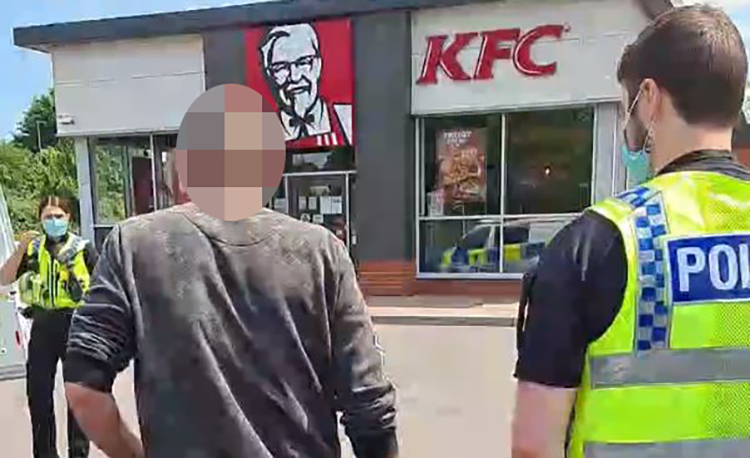 A Swindon man has been arrested following a paedophile hunter sting in Leeds.

West Yorkshire Police were called to KFC Whinmoor at around midday today after a call to the force by the volunteer online child exploration group who detained the suspect.

It’s alleged the 52-year-old man travelled 200 miles from Swindon to Leeds after arranging to meet a child online.

The group, Predator Exposure, claim he engaged in highly sexualised conversation with two 13-year-old girls before arriving at the location off Coal Road, in Whinmoor, before shortly lunchtime.

The group allege he was there to collect one of the two children with the intentional to take her to his home in Swindon.

The team of paedophile hunters detained him until police officers arrived to make the arrest around 40 minutes later.

He was searched before being placed into the back of a police van and transported to custody.