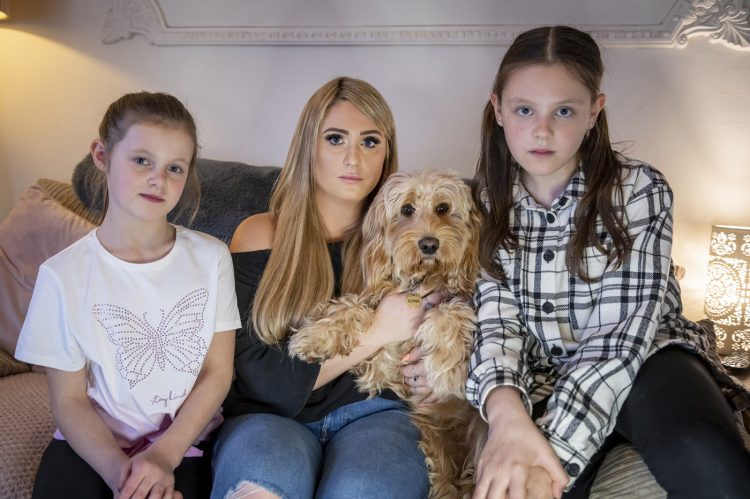 A family have been told they must sell their beloved dog if they are to be housed in a hotel after they are evicted for complaining about a rat infestation.

After renting her home for eight years, her landlord has announced the two-bed terraced house in central Swindon is up for sale – and they face eviction in June.

Despite never missing a monthly rental payment on the property, where she brought up her daughters Holly, 7, and Grace, 10, it’s claimed the owner would rather sell it than fix a plethora of issues. 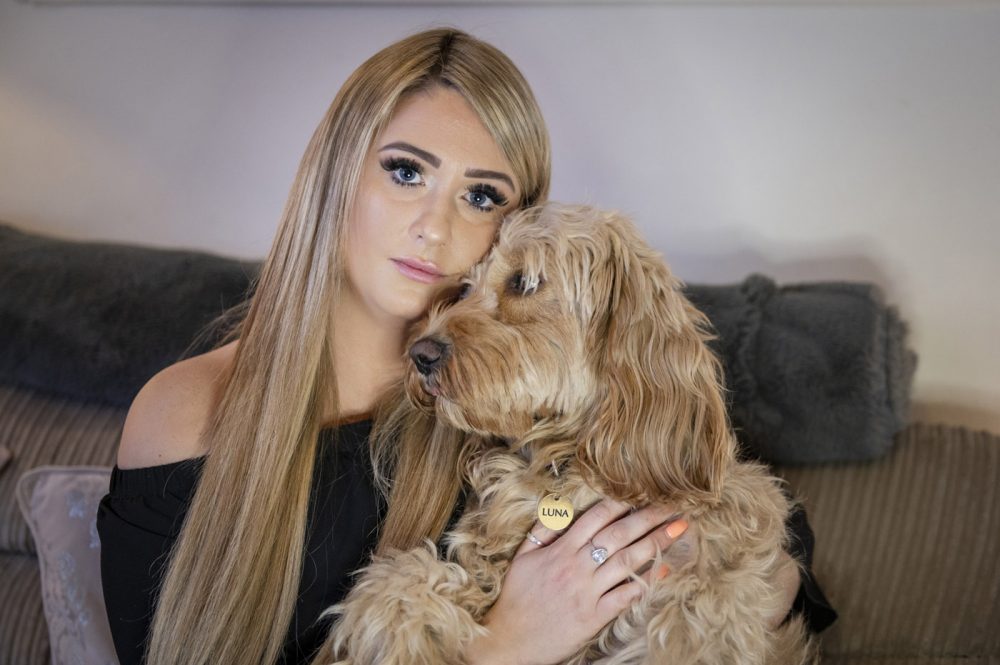 Miss Ponting claims she’s spent hundreds of pounds of her own money attempting to fix “drastic problems” – which include severe mould and a rat infestation caused by a hole in the wall.

But she refuses to sell her dog Luna, who she purchased at just nine weeks old. The pooch is more than a pet, but a family member – and she says parting with her will cause devastation.

“I’ve been trying to find a new private rental, but they’re just isn’t anything suitable out there. I’ve been told that when we’re evicted, we’ll have to go to the council as an emergency case.

“They’ve said that it’s most likely we are going to be housed in a hotel because they don’t have any homes available.

“They don’t know how long we’ll be in the hotel for, but they’ve told us we’ll have to sell our dog as they won’t allow them in. I lost my rag, I have never been so disgusted.

“Luna’s my little baby – I got her at nine weeks old and she is going to be three years old in May. She is not a pet, she’s family and she’s not going anywhere.

“I can’t understand how they can physically do this. It’s causing my children so much distress, and I’m now on medication for anxiety and depression.

“I told my doctor that my dog keeps me company and helps me on my low days when my children are away with their dad.” 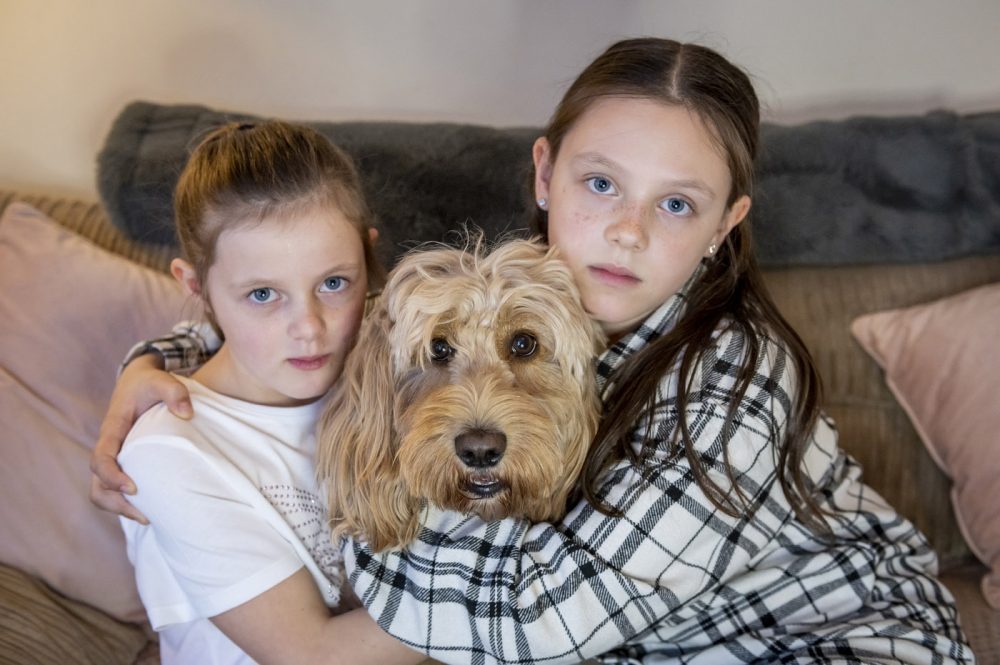 Miss Ponting adds that her daughter Holly had open-heart surgery when she was born, and she is more susceptible to illness.

Holly has regular hospital appointments in order to assess her heart, and her mother believes a mouldy house puts her at further risk.

Miss Ponting claims that her landlord wants to pass the home’s major problems onto somebody else, rather than stump up thousands of pounds to fix them.

The landlord is said to be aware of the mould problem, telling Miss Ponting to deal with it by wiping the affected walls and opening windows.

The tenant has invested in a dehumidifier and used white vinegar, paint primer and paint to try and rid her rooms of the ugly issue.

But in reality, the issue is believed to have been caused by missing cavity wall insulation – and installing it is the only way rid the home of black mould.

She says pet control firm Prokill have been out to assess how they can stop rats from entering the house, but they can’t – blaming it on a hole in the wall that needs professional attention from a builder. 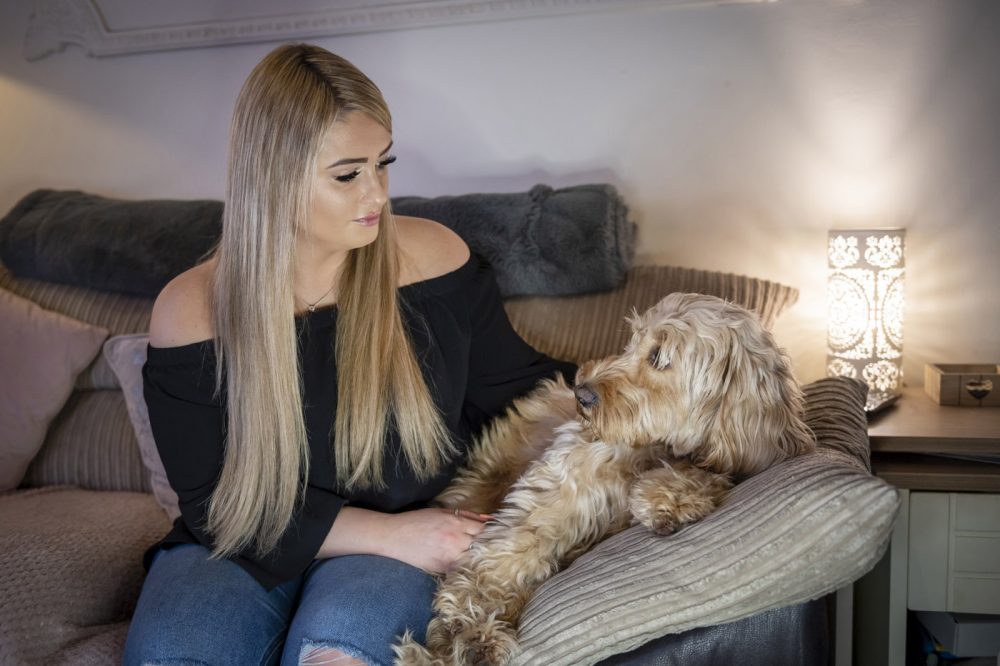 Miss Ponting claims Swindon Borough Council staff have warned her that it’s unlikely they will find her a home before her June eviction date, telling her that she may be put up in a hotel – one that does not allow pets.

In a statement, the council said: “We do not have a policy which prohibits pets and will always try to find accommodation to allow our tenants to take their pets with them.

“Unfortunately, despite our best efforts, this is not always possible as some emergency/temporary accommodation has a strict no pet policy.

“We appreciate this will be upsetting for the family, but we will work with them and support them to find a suitable home for both them and their dog.”