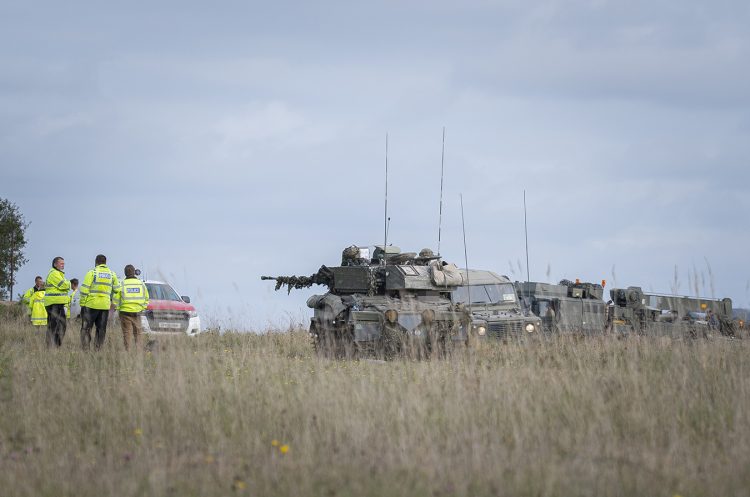 A soldier has died after an incident involving a tank during a military training exercise in Wiltshire.

Hampshire and Isle of Wight Air Ambulance and other specialist paramedics were scrambled to the incident on a public byway in Enford shortly before midday today (15 October).

Emergency services were seen and heard racing through the usually peaceful village, situated about ten miles south of Devizes, following reports of the serious collision on Salisbury Plain Training Area.

Dorset and Wiltshire Fire and Rescue Service confirmed it sent two fire engines, from Pewsey and Ludgershall, and a heavy rescue unit from Trowbridge to the scene. 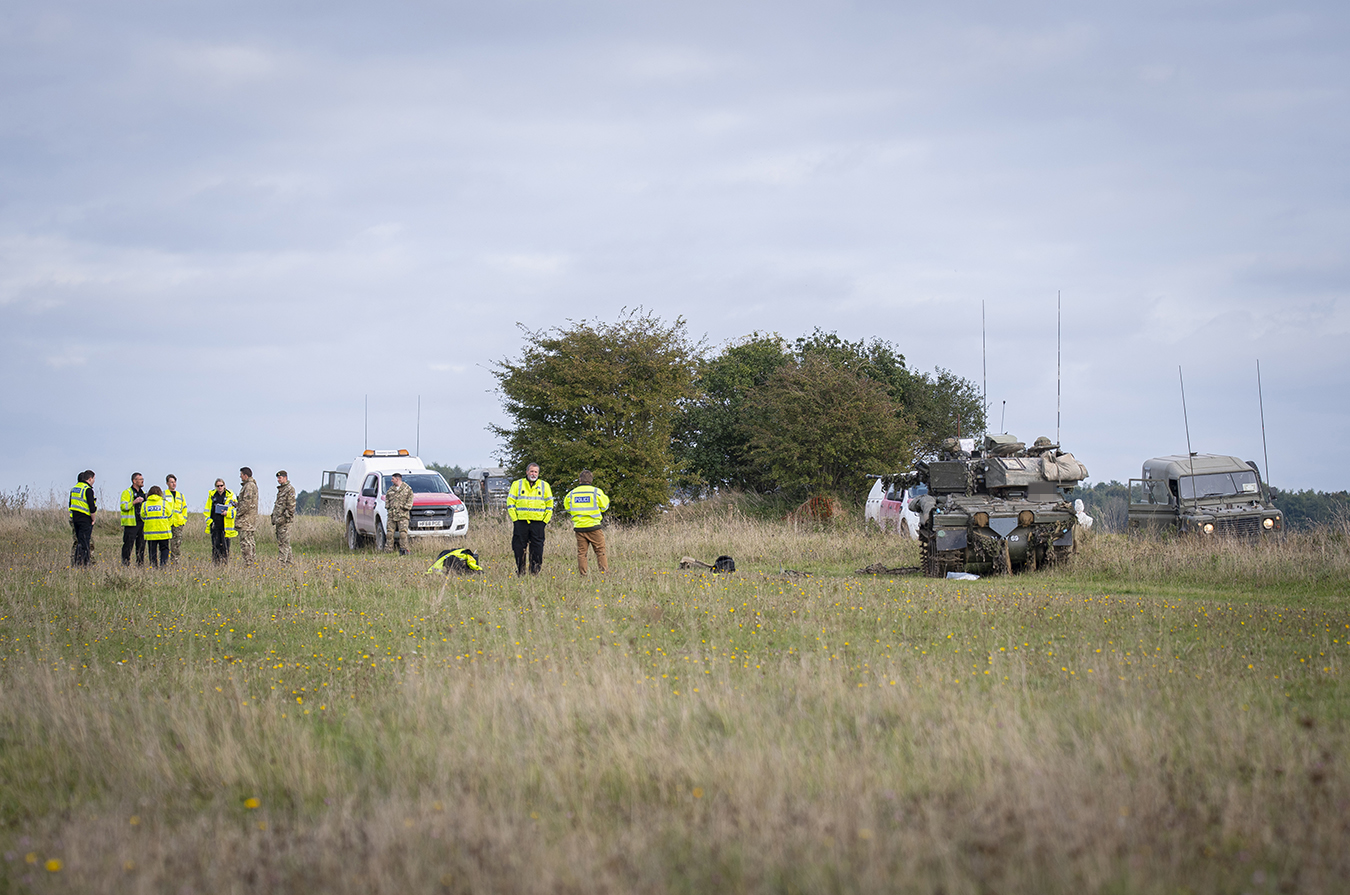 A Hazardous Area Response Team, made up of a group of specialist paramedics trained to deal with the most serious of incidents, and several other south Western Ambulance Service ambulance vehicles were seen responding alongside firefighters.

Wiltshire 999s understands a tank rolled over in the incident, leaving a soldier with significant injuries. They were pronounced dead at the scene.

At the height of the incident, around a dozen police officers – from Wiltshire Police and the Ministry of Defence Police – were in attendance. 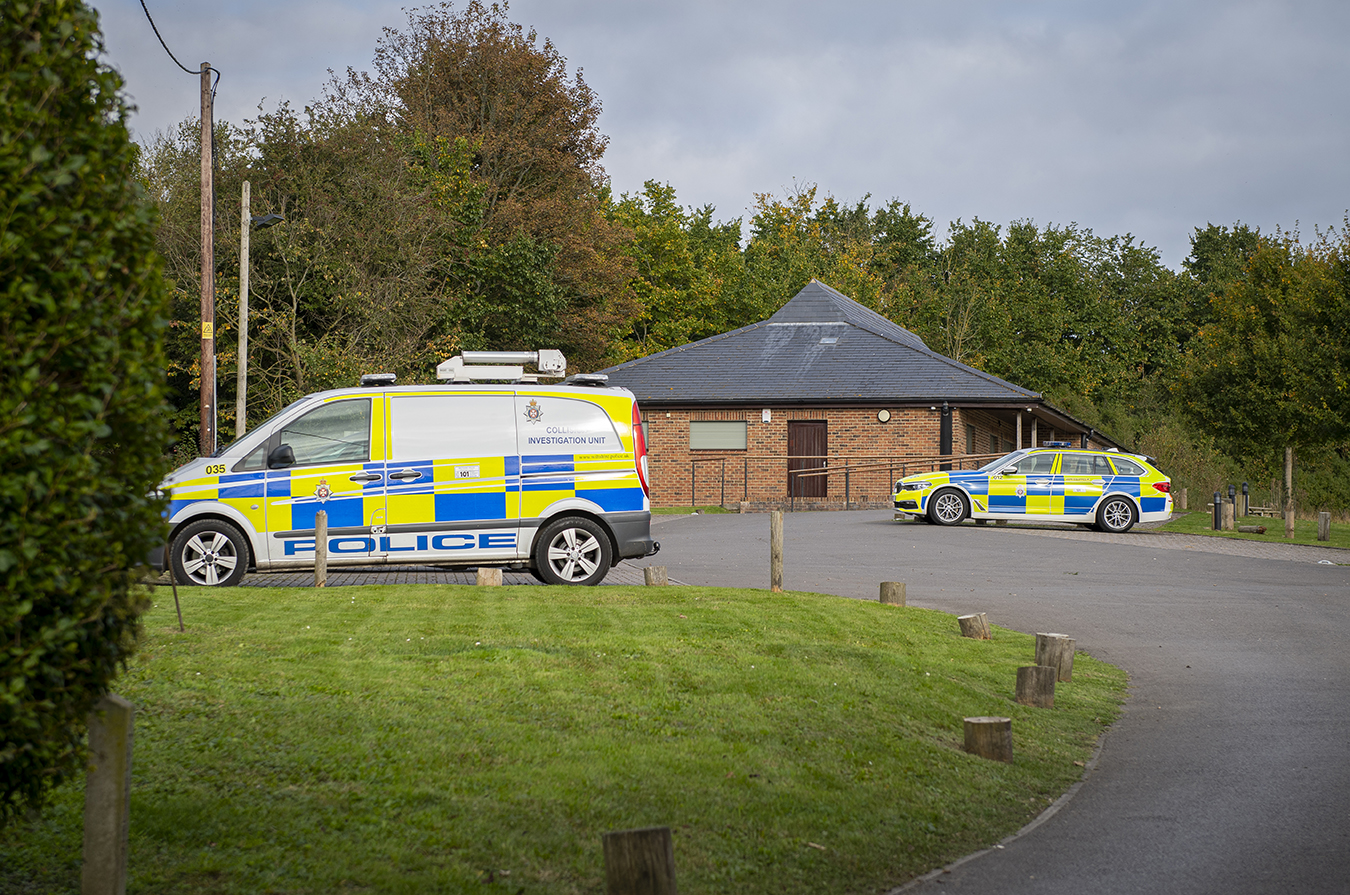 The collision investigation is being led by traffic officers from the local force, with units parked in Enford Village Hall car park a short distance from the scene.

A spokesperson for Wiltshire Police only acknowledged that a training exercise was underway, stating that there was “a military operation taking place” on the plain at the time. They did not make any comment on the road traffic collision.

As darkness fell on the plain, the investigation was ongoing – with spotlights erected near the scene of the fatality and two forensic vans parked nearby.

An army spokesperson said it was “with sadness” that they can confirm the death of a soldier on Salisbury Plain Training Area.

They were unable to provide any further comment but said Wiltshire Police is leading the investigation.