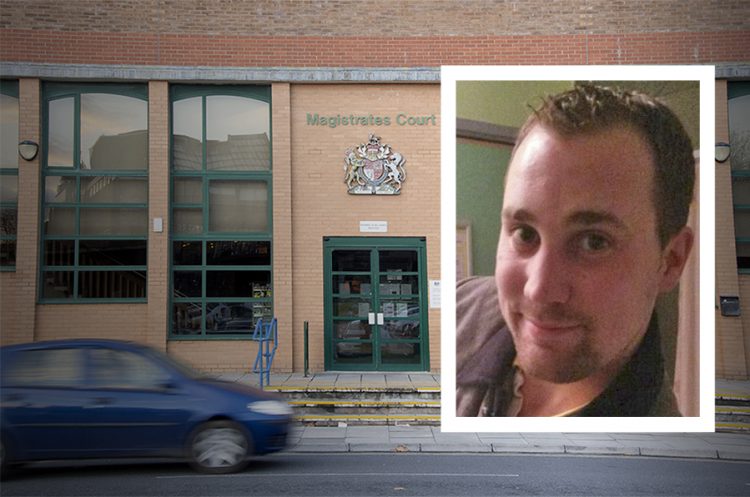 A man shouted racial abuse at a woman in the street, a court heard.

Shane Stephens, 33, appeared at Swindon Magistrates’ Court today where he admitted a charge of racially aggravated threatening behaviour dating back to 17 February.

Crown prosecutor Keith Ballinger said the police had been called to two separate reports of disorder involving the male and the woman in Rylands Way at around 1.30am and 3am. Allegations were made against each other.

Around an hour after the second incident, at approximately 4am, the police were called to a third report of an ongoing disorder at the same location.

On arrival, officers found the defendant, of Eveleigh Road, walking away from the area – towards his home address. He was arrested.

The victim told the police he had shouted abuse at her whilst standing outside her house, including: “You’re a n**ger lover”, “your son’s a n**ger” and “that woman loves black c**k”.

In a custody interview, Stevens said there were a lot of unresolved issues between the pair. He said he had mixed-race children of his own and claimed he is not a racist person.

Defending, Richard Williams said his client had consumed an excessive amount of alcohol and could not remember exactly what he did, or didn’t, say on that day.

He said that Stevens was “noticeably upset and horrified by the words attributed him”, adding that “he is horrified about what he now accepts he said”.

Mr Williams told the court that the defendant wanted him to emphasise that he is “not an inherently racist individual”.

Stevens was said to be struggling with alcohol and drugs after the ending of a toxic relationship in November last year. It was claimed he had not seen his two young children since then and has been having a” difficult time”. He suffers from anxiety and depression.

It was said the labourer sent his victim a text message a few days after the incident to apologise for his behaviour.

“We’ve heard you’re ashamed and quite rightly so, you should be”, the chairman of the bench told Stevens before imposing a 12-month community order with 175 hours unpaid work.

He was also fined and told to pay costs and a victim surcharge.