A man was arrested after police responded to reports of an indecent exposure in Swindon tonight.

Police received a 999 call from a member of the public after they claimed to have witnessed a man with his genitalia in his hands in Ponting Street at just before 10pm. 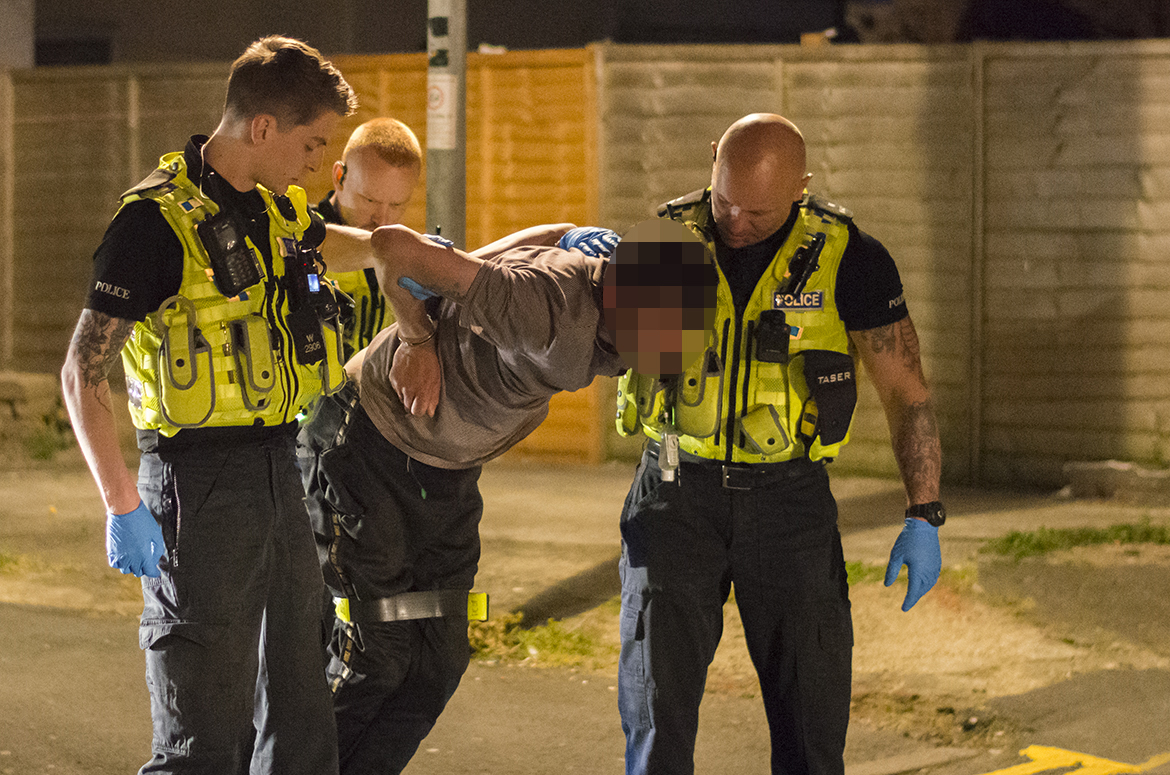 On arrival, officers attempted to talk to a man who matched the description given to control room operators. The man became violent towards the police and it is believed he head-butted an officer.

During the arrest, the man was verbally abusive – he was heard threatening to kill the officers.

The man was arrested on suspicion of assaulting a police officer, indecent exposure and a public order offence. He’s been taken to custody at Gablecross Police Station.