Police arrest man who fled from them through Swindon gardens

A man’s been arrested after running away from police officers in Swindon town centre.

The incident happened at around 5.30pm this evening, when more than a dozen officers – including firearms specialists and dog units – swarmed Westcott Place to locate the suspect.

The man is understood to have fled from police in the area of the car wash, running through the site and jumping numerous fences before he was arrested on Cambria Place. 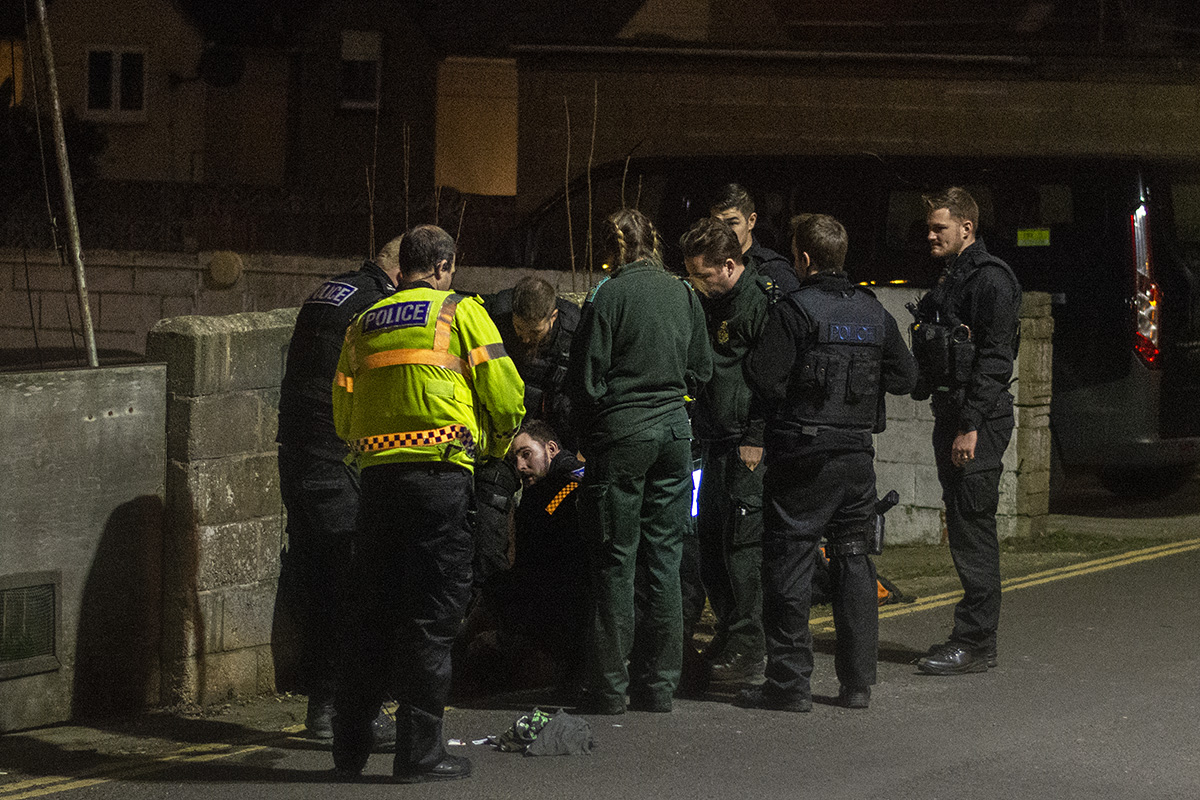 During the arrest he attempted to resist, fighting against the officers, so he was placed in leg restrains as well as handcuffs while backup was called for.

An ambulance was later called to the scene to check him over following the arrest.

The nature of the offence allegedly committed is not yet known, but we’ve approached Wiltshire Police for comment. An update is expected shortly.