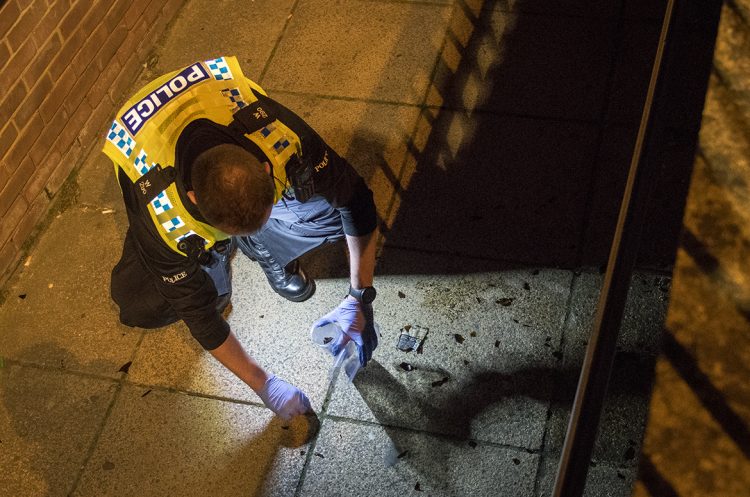 Police raced to the scene at around 10pm where  a 16-year-old boy was assaulted with a glass bottle in Fleming Way, near Debenhams.

An ambulance crew are in attendance, treating the young male for injuries sustained in the attack. The seriousness of his injuries is unknown at this early stage. 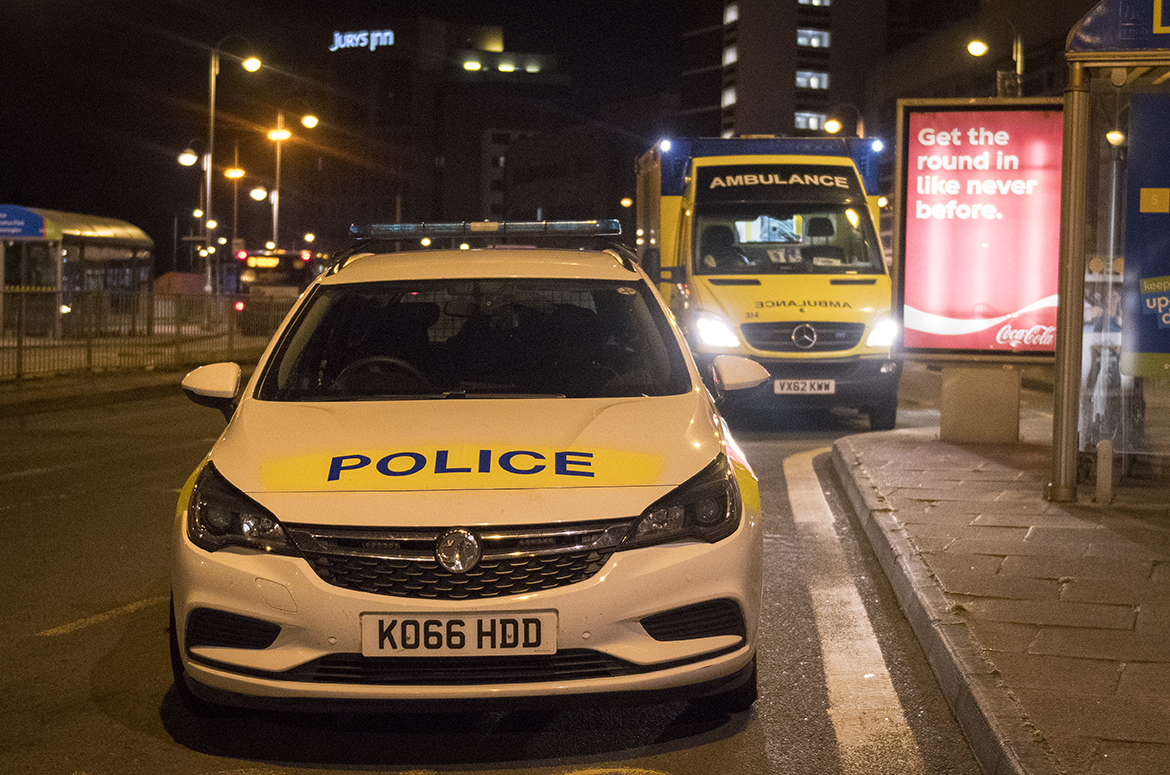 A police officer was seen collecting fragments of smashed glass – possibly the weapon used – from the steps leading between The Parade and the bus stops on Fleming Way.

It’s not clear whether anyone’s been arrested in connection with the incident.