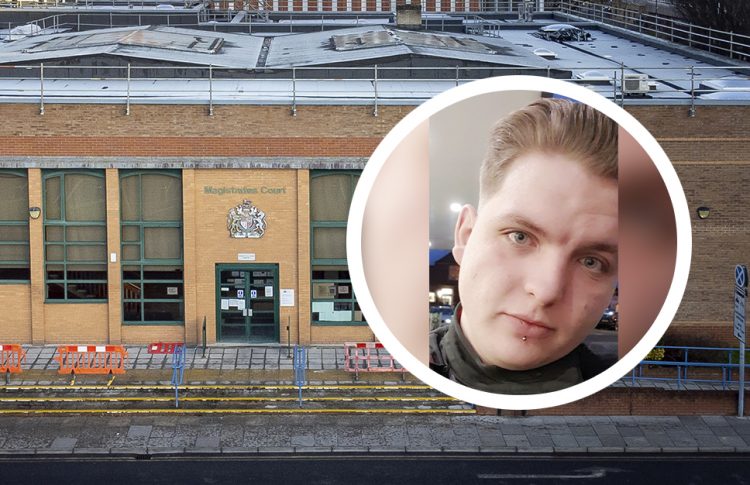 A man told police officers that CCTV footage of him smashing a woman’s head into a wall ‘made him happy’ and that he wanted a copy to upload to YouTube.

Prosecutor Kate Prince said the defendant, of Briarswood Court, Liden, told a nurse that he had attacked a female neighbour when she came to his door on 3 April this year.

The nurse reported his concerns to Wiltshire Police and officers launched an investigation. On checking CCTV footage from his flat block, he was seen smashing the woman’s head against the wall.

Usher, who is a convicted criminal managed by the force’s Sexual Offenders and Violent Offenders Unit, was later arrested and interviewed about his alleged crimes in custody.

The injured woman, who is not engaging with the police or assisting their investigation, is believed to have suffered two large bumps on her head.

MS Prince asked for a remand into custody ahead of sentencing given the seriousness of the attack and that the victim lives in the same building.

Defence solicitor Terry McCarthy asked for his client to be remanded on conditional bail.

He described the assault as “low level” but District Judge Joanna Dickens immediately halted him, stating: “When you go for someone’s head, it’s not level level at all.”

Judge Dickens released the defendant on bail until 14 June, with conditionals not to contact the victim directly or indirectly.