A man was arrested after crashing a stolen motorcycle into a parked car in Swindon yesterday.

Emergency services were called to the scene in Headlands Grove at around 4.30pm following a 999 reporting a KTM 390 Duke involved in a high-speed head-on collision with a stationary BMW.

The man suffered a serious shoulder injury and minor facial injuries. He was taken to Great Western Hospital for treatment but was later arrested and taken to Gablecross Police Station. 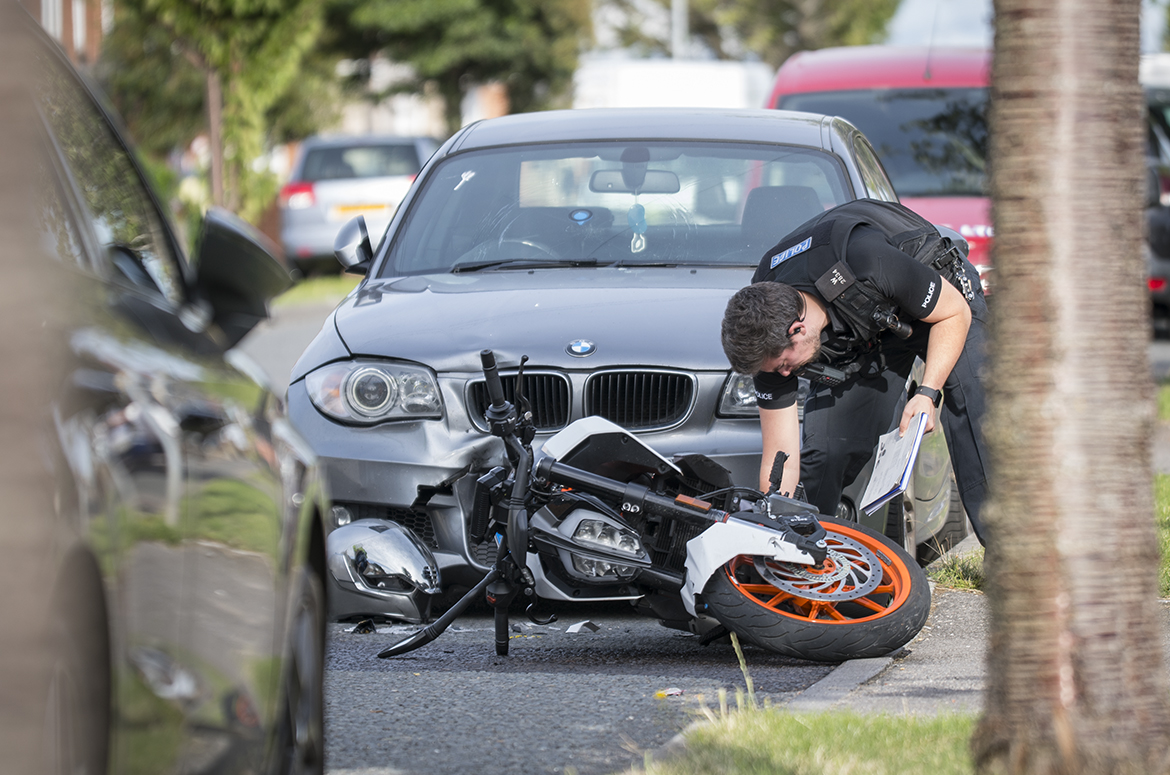 The suspect – a 20-year-old from Bristol – is currently being held in custody on suspicion of dangerous driving, theft of vehicle and driving whilst disqualified.