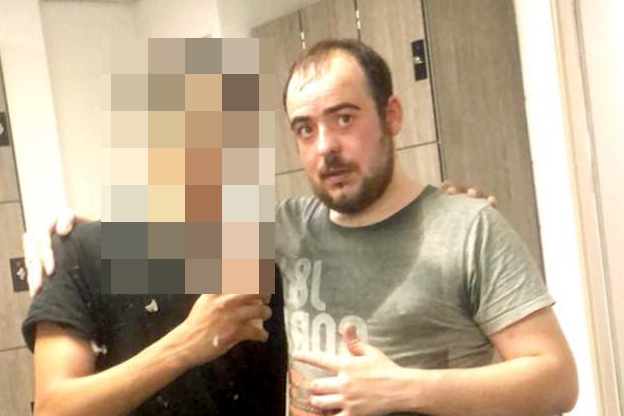 A man was found with two knives after threatening his nephew in a phone call.

At Swindon Magistrates’ Court on 3 May, 26-year-old Norman Ford pleaded guilty to a malicious communications offence and two counts of possessing a bladed article in public.

Prosecutor Keith Ballinger said the defendant, of Bunce Road, called his nephew and asked to borrow a phone charger on 9 January this year.

His nephew told Ford he didn’t have a charger he could borrow. As a result, Ford became angry and verbally abusive before threatening to break his neck.

His nephew reported the incident to the police, and officers were soon sent to locate the defendant and speak to him about the threats.

On arrival at one of Ford’s relative’s addresses in Linden Avenue, Pinehurst, officers found him outside armed with two knives. He was told to drop them, and he complied.

In custody, he told officers that he had been having “banter” with this nephew, claiming he was joking. Regarding the knives, he accepted he was holding them whilst having a cigarette.

Probation officer Michelle James said struggles to deal with his emotions because he has dyspraxia and became stressed about another matter. She said the phone charge issue added to this stress.

“He made the foolish decision to go into the kitchen and grab the knives. He tells me he was sitting outside scratching the ground with them”, she told the court.

Laurence Grant, defending, said his client expressed “clear genuinely remorseful” following his arrest, and accepts he should not have had the knives in a public place.

“He is sorry for how it affected his whole family, especially his nephew who he loves. He says he won’t contact him but he hopes he contacts him to patch things up”, he added.

He confirmed the defendant has dyspraxia and gets easily frustrated.

Magistrates imposed a three-month custodial sentence suspended for 18 months, and in that time he must complete 30 rehabilitation activity requirement days.

They also imposed a 7pm-7am GPS monitored curfew and told Ford to pay a £128 surcharge and £85 court costs.