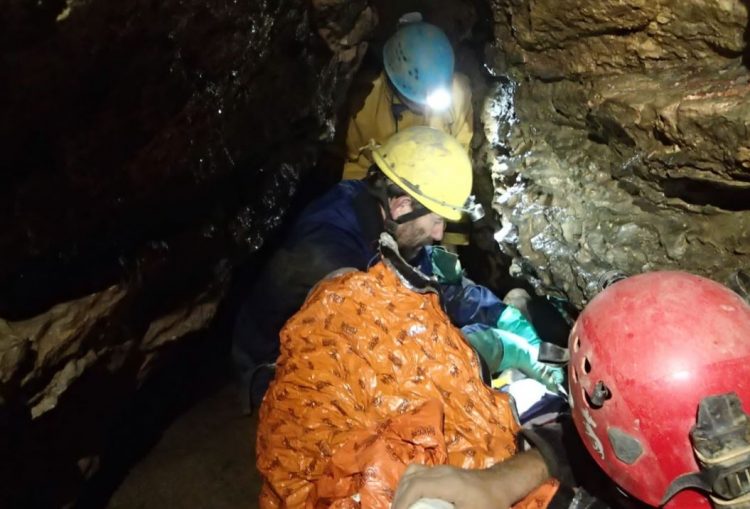 Four ‘lost’ men were rescued from Box Mine in the early hours of this morning.

Wiltshire Police received a call reporting the group, all in their late 20s, trapped underground after getting lost around two hours after entering the Site of Special Scientific Interest.

At around 1am, officers, alongside Wiltshire and Dorset Fire and Rescue, Avon and Somerset Search and Rescue, Mendip Cave Rescue, Ministry of Defence Police and Hanson UK (the Box Mine owners) worked together to successfully locate and extract them by 3.55am.

No one suffered any serious injuries in the incident, and no one was taken to hospital.

“This morning’s operation was the result of several agencies working together and we’d like to thank all of those involved who helped us bring this to a successful conclusion”, a police spokesperson told Wiltshire 999s.

Adding: “Fortunately last night’s escapades for the four trapped males ended with their extraction, albeit some three hours after the initial call, but without injury to any of them – or their rescuers.

“Exploring mines and caves is dangerous at the best of times but to do so at night and without specialist knowledge or equipment is more than a little foolish. We’d urge anyone not to deliberately put themselves – or the emergency services and rescuers – in danger by staying home!”

Wiltshire Police said no coronavirus regulation fines were issued despite the group breaching the current government laws on gathering outside the home.