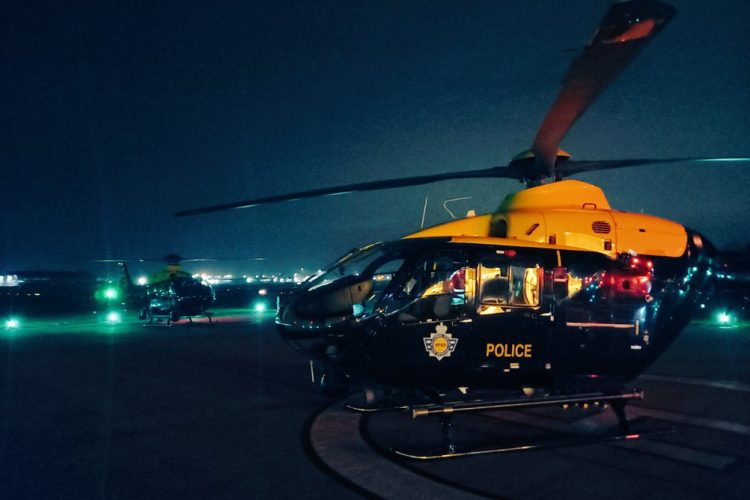 A man has been arrested after a laser light was persistently shone at the police helicopter whilst searching for a vulnerable missing person.

The National Police Air Service (NPAS) was assisting local officers in locating a woman missing from Corsham at around 9pm yesterday (26 January) when the pilot reported a laser light being directed at the aircraft multiple times.

The NPAS team were able to pinpoint the exact address and the room of the property from which the light was coming from and details were passed to officers.

A man in his 50s, from Chippenham, was arrested on suspicion of endangering an aircraft and he remains in custody in Melksham for questioning. A laser pen has been seized.

The missing woman was located four hours after being reported missing.

Supt Steve Cox said: “Sadly, this is not the first incident of this nature that we have had reported in recent years, but it is completely unacceptable and will not be tolerated. While on the surface it may appear to be a minor act of stupidity, the consequences of this behaviour could be catastrophic.

“The minute a laser light hits the screen of a helicopter, the laser is magnified, often momentarily blinding all those within the cockpit. It simply does not bear thinking about what could have happened.

“I am really pleased that, thanks to NPAS, we were able to arrest an individual in relation to this incident. The message is clear – this behaviour will not be tolerated and you will be identified and put before the courts if found responsible.

“I’d also like to send a message to the public that when you see the police helicopter up above, they are often assisting our officers in searching for very vulnerable people who may be in a crisis. Their support is invaluable in searching the many rural areas that we have here in Wiltshire and it is often thanks to them that these individuals are found and returned to safety.

“Please take a minute to think how you would feel if a member of your family was missing and the actions of an individual were seriously impeding the skills of the highly qualified pilots at NPAS in assisting to search for your loved one.”