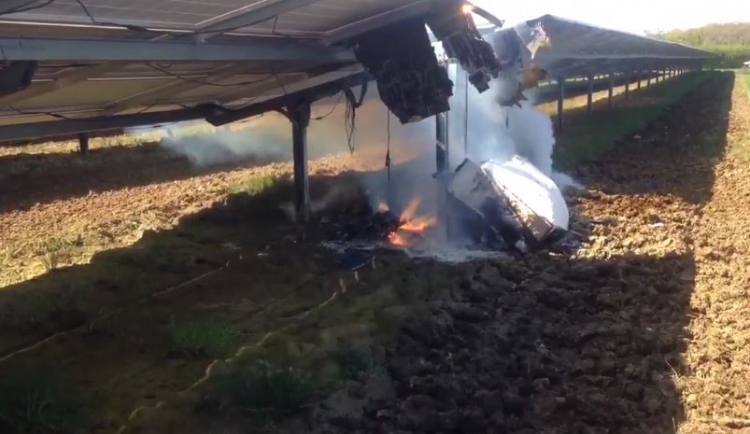 Fire crews are at the scene of a blaze at solar farm in Wiltshire.

The incident is understood to have started at around 2.30pm today, Tuesday 18 April, at Snarlton Farm on Sandridge Hill, near Melksham.

Currently dealing with Solar Farm fire. As you can see the ? is being driven by some pretty spectacular voltages. pic.twitter.com/5yRQOglux6

Fire engines from Melksham, Trowbridge, Calne and Bradford On Avon attended the scene, some of which were released from the incident immediately.

The electrical fire is being dealt with using CO2 extinguishers.

Firefighters remain the at scene.