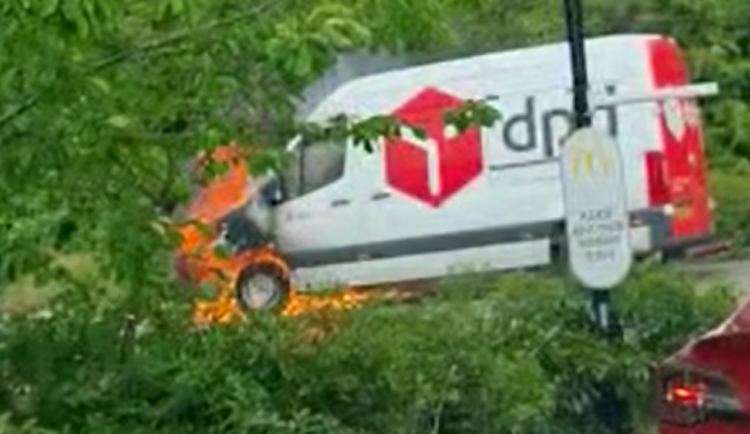 Firefighters were initially called to the scene in Orbital Retail Park, off Thamesdown Drive, at around 12.30pm today (Monday, 16 May) and extinguished the blaze.

The crew left the area before they were called back to the same vehicle, a DPD van, at around 1.50pm – which had re-ignited and was once again engulfed in flames.

‘The fire brigade again came out and tackled the blaze of flames approximately 15ft high.’

Shortly after 1pm, Dorset and Wiltshire Fire and Rescue Service said: ‘A crew from Stratton are in attendance at a vehicle fire in Swindon.

‘The fire is being extinguished using two breathing apparatus and a hose reel jet.’