Firefighters extinguish a raging fireball outside a property in Devizes

Firefighters extinguished a raging fireball outside a property in Devizes this morning.

The car, which is now an unidentifiable wreckage, went up in flames for reasons unknown near a garage in Pans Lane at around 11.45am.

One fire crew from Devizes – made up of Salisbury, Marlborough and Warminster firefighters due to resourcing issues – responded to the blaze. 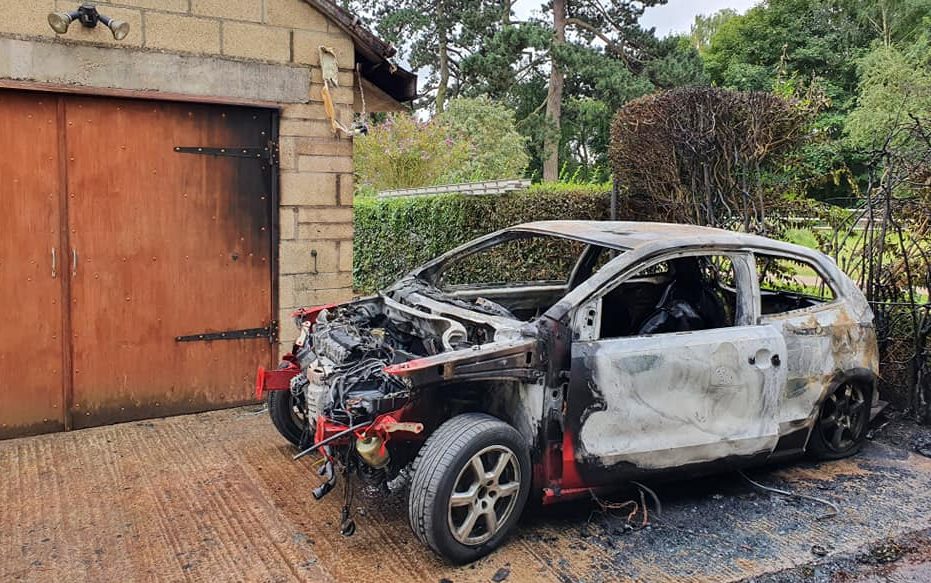 The fire had begun to catch the garage but was put out before it took hold of the roof.