Swindon father-to-be, 19, spat at woman and threatened to stamp on her baby’s head 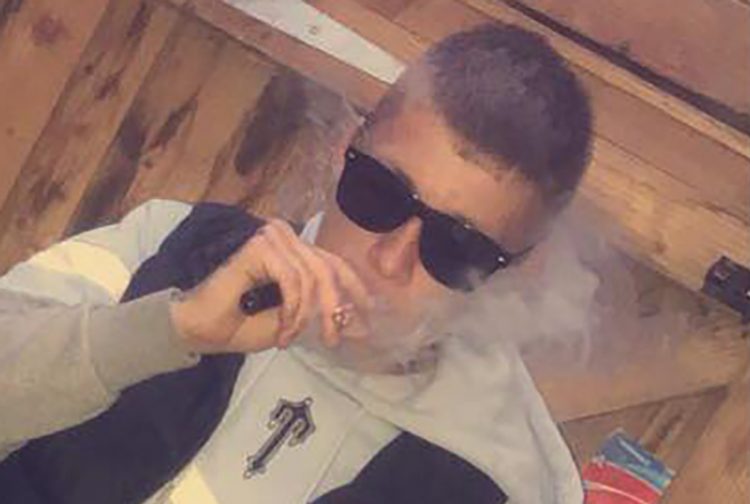 A father-to-be has narrowly avoided going to prison for committing a string of violent offences – including spitting at a woman and threatening to injure her baby.

At Swindon Magistrates’ Court this morning (23 June), the defendant, of Rogers Close, Walcot, appeared to be sentenced for the six crimes committed in three separate incidents.

The charge of affray relates to a fight Welham was involved in with another male, who was also prosecuted for the offence. The pair swung punches at each other and threw wood during the disorder outside his home at around 7pm on 3 June last year.

On 17 September, the defendant targeted a woman in the street after he had fallen out with her boyfriend. He approached the woman shouting “you f**king fat s**g”, “I’m going to stamp on your baby’s head” and “put a machete through your boyfriend’s head”.

He coughed up phlegm and spat it at his victim, before repeating this two more times. The spittle landed on her arm and top, leaving her worried about catching Covid.

During the 20-minute unprovoked attack, he threatened to release his dog – described by prosecutor Asha Seenauth as a Pitbull – from its chain to violently attack her.

In March this year, Welham continued to offend. This time, he instilled fear into a taxi driver after he collected a woman who booked a fare in the Kingswood Avenue area.

Moments after she entered the vehicle, the defendant put his bicycle down in front of it and began stabbing the bonnet and smashing the windscreen. The woman shouted “call 999” repeatedly.

Fearing for his life, the taxi driver reversed away approximately 400 metres, stopping the car so that the woman could get out. She proceeded to run off into nearby Kenton Close.

The innocent taxi driver was left unable to work for two days whilst his vehicle was in for repair.

The court heard that Welham has 18 previous convictions as a youth, of which nearly half are for offences against the person. Ms Seenauth said it was his first time being dealt with by an adult court.

Emma Thacker, defending, said her client – who is expecting a baby – has “severe ADHD” and “significant learning difficulties”.

She said acts impulsively and is “emotionally unable to understand what’s going on”, before describing him as having “classic ADHD”.

But chief magistrate Rachel Gowshall said that “there are many people with ADHD that do not go around doing this sort of thing”, before labelling his crimes as “very serious matters” that had a “major impact on other people”.

As Ms Gowshall handed down a 25-week prison sentence, Welham – who was visibly upset in the dock – attempted to interrupt her. She replied: “I know you’re upset, but you need to listen carefully”. She went on to suspend the prison sentence for 18 months.