A man’s been helped from a car after crashing into a ditch near Chippenham.

Emergency services were called to the collision near Grittleton at around 7.30pm this evening.

Fosse Way, near Alderton Road, was blocked in both directions as 999 crews treated the driver of a small silver Peugeot – the only vehicle involved. 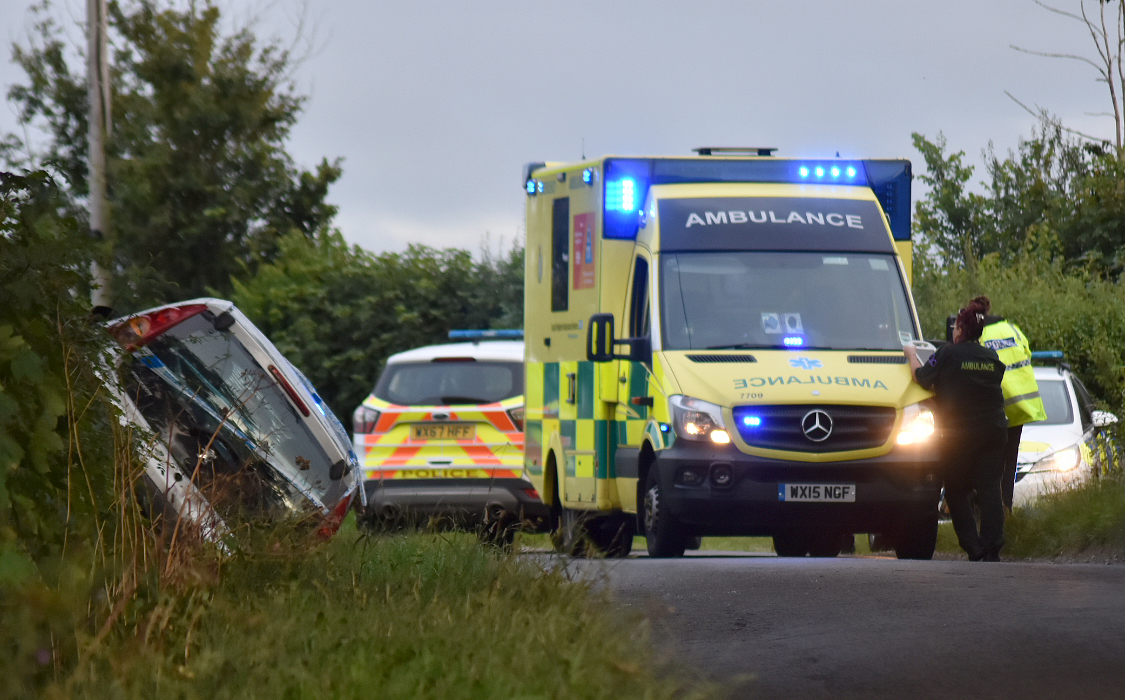 Two fire crews are believed to have been called to the scene but no action was necessary.

The man was taken to the ambulance but is not believed to have suffered any serious injuries.