Detectives are investigating after homeless person’s possessions went up in flames outside a bank.

The incident sparked a major police and fire response at around 10.30pm tonight, with at least 15 police officers attending the scene – though it’s not yet clear if the blaze was deliberate. 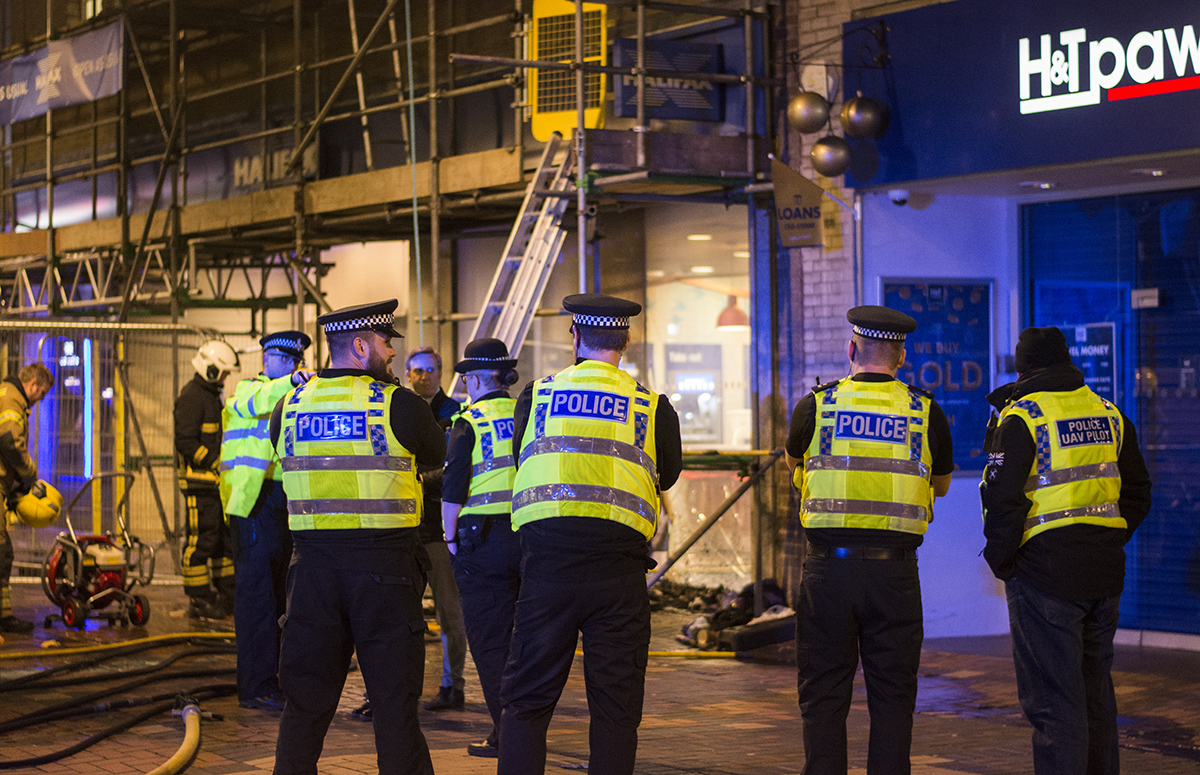 In footage seen by Wiltshire 999s, we see a man run through the police cordon and attempt to beat the flames with his bare hands. Several officers had to forcibly remove the man for his own safety.

A large cordon is in place in Bridge Street while emergency services deal with the incident.

The fire caused the Halifax window to shatter under pressure from the heat, a fire spokesperson said.

No one was hurt.

A 57-year-old local man is in custody, arrested on suspicion of arson.