Controlled explosion carried out after ordnance found in Trowbridge shed 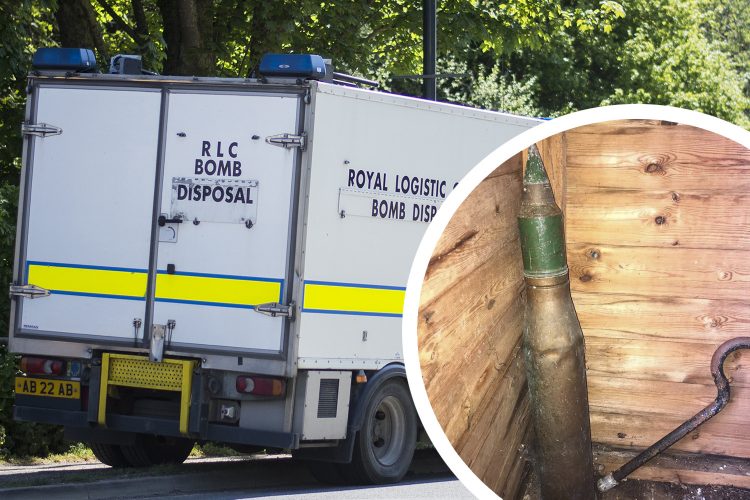 A controlled explosion was carried out in Trowbridge yesterday evening after a wartime shell was found in a resident’s shed.

Hundreds of people took to social media after hearing and feeling an explosion in the area at around 8.25pm, speculating on the possible cause.

But, we’re pleased to confirm that we’ve solved the mystery.

The local resident, who wishes to remain anonymous, told Wiltshire 999s they found the naval shell whilst cleaning out the shed in their garden for the first time since moving into the home.

‘It was discovered when I was cleaning it’, they said. Adding: ‘so it’s been there since before we moved in six years ago’.

Police were called to a private address in Wingfield Road yesterday afternoon following the resident’s report of the discovery of the possible explosive.

The item was later taken to The John of Gaunt School grounds and detonated by specialists from the Royal Logistics Corps’ bomb disposal unit.