A forensic tent has been erected in the garden of a Cirencester house as part of an “ongoing investigation” with links to Swindon.

This morning, specialist search officers, forensics and police dogs attended an address in Wingfield, Stratton, where they are expected to remain for several days.

A property in St Mary’s Road, Cirencester, is also a major crime scene with teams of search officers and forensics there this afternoon.

Two people have been arrested, but police say they’ve since been released on bail. 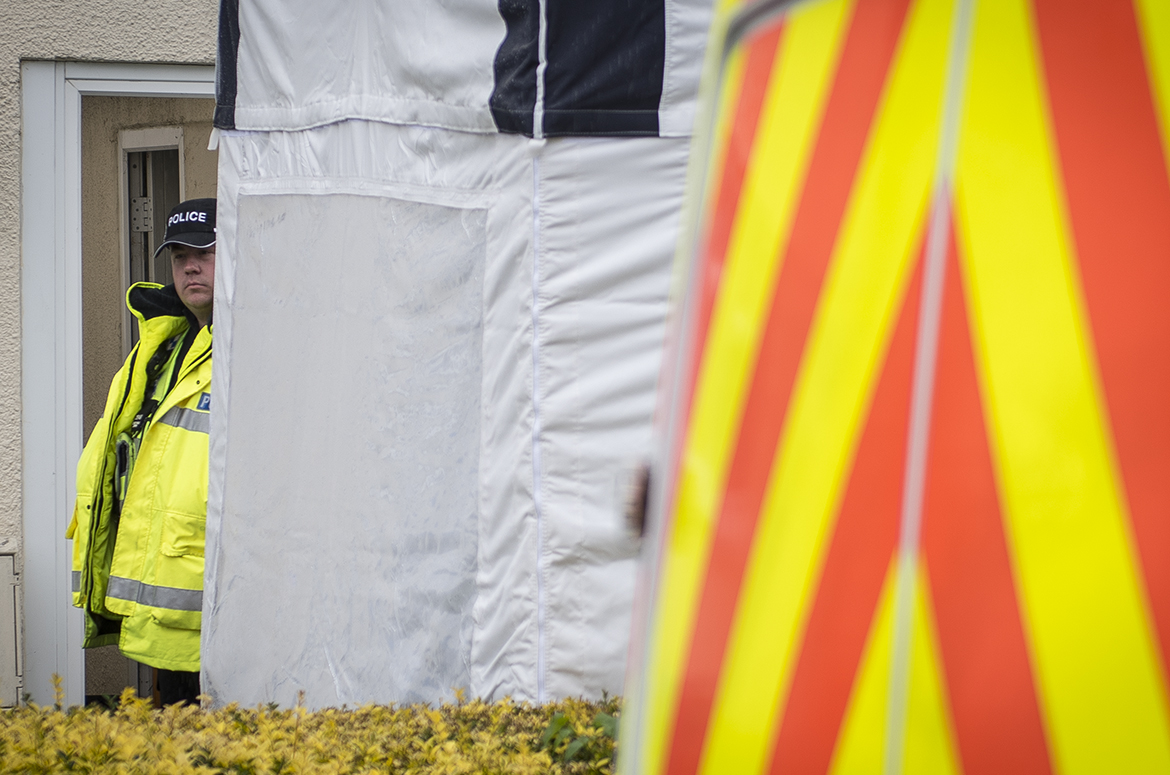 The nature of the investigation is unclear, with police remaining tight-lipped but officers are reassuring people that there is ‘no risk to the public’.

A spokesperson for Gloucestershire Police said: “Officers are at addresses in Swindon and Cirencester in relation to an ongoing investigation and are likely to remain there for a number of days while searches take place.

“Two people have been arrested in connection with the investigation and have been bailed to return to police on 26 October.

“We cannot give any further information at this time as doing so could lead to the identification of those who have been arrested but we can confirm there is no threat to the wider public.”