The Warminster bypass has been closed after a serious crash this afternoon.

Wiltshire Air Ambulance landed alongside the A36, near the Warminster Airsoft Centre, at around 2.30pm following a collision involving two motorcycles and a car.

One casualty – believed to be a motorcyclist – has been airlifted to University Hospital Southampton, which is the nearest Regional Major Trauma Centre.

The car involved, grey Mercedes Benz, has left the road and entered a ditch. 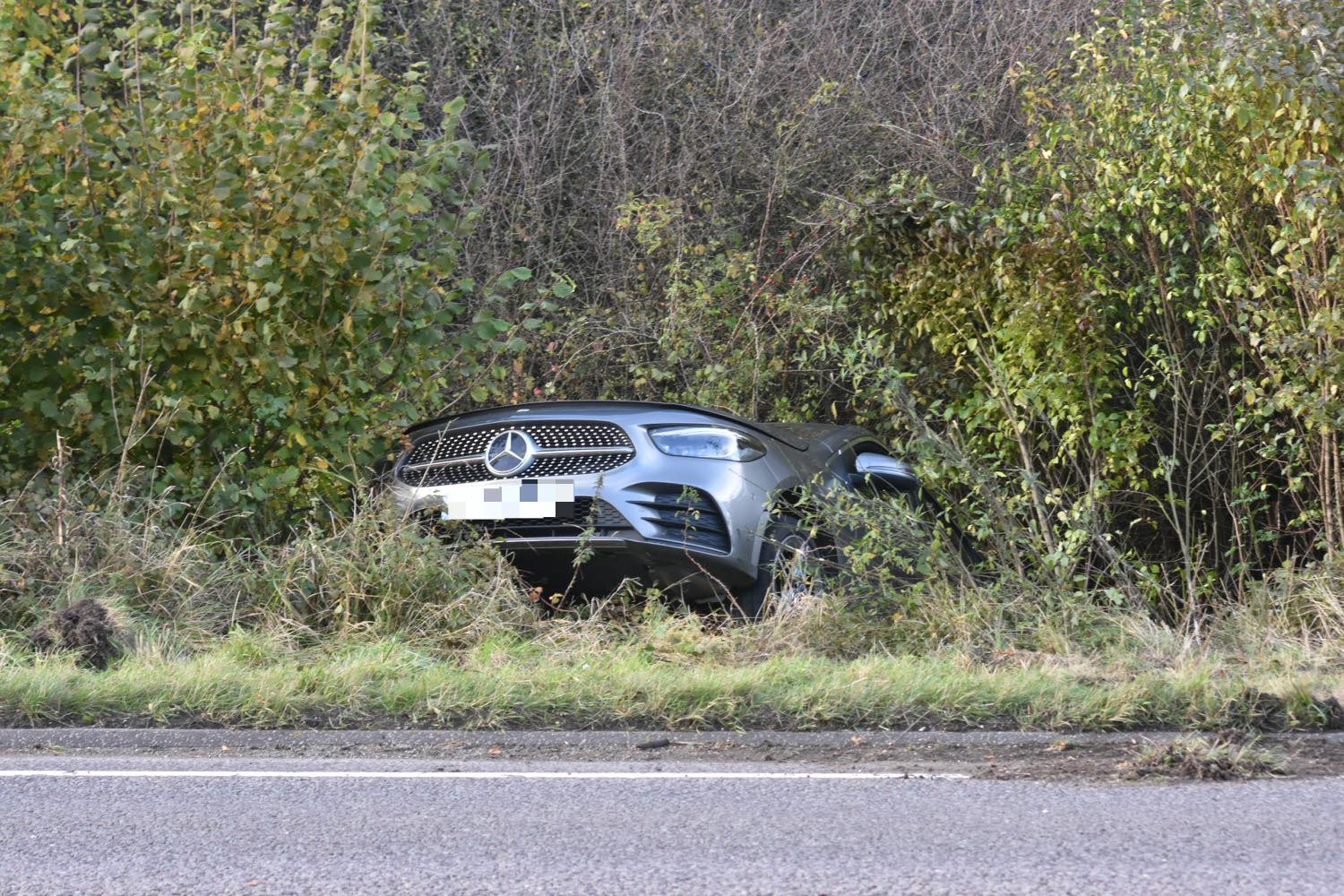