Two people were injured when a car crash into a hedgerow and a metal fence in Swindon.

Emergency services were called to the scene at around 9pm this evening, following reports of the small silver car being involved in a crash outside Lok’n Store in Kembrey Street.

Firefighters from both Swindon and Stratton fire stations responded to the incident alongside the ambulance service and a large number of police officers. 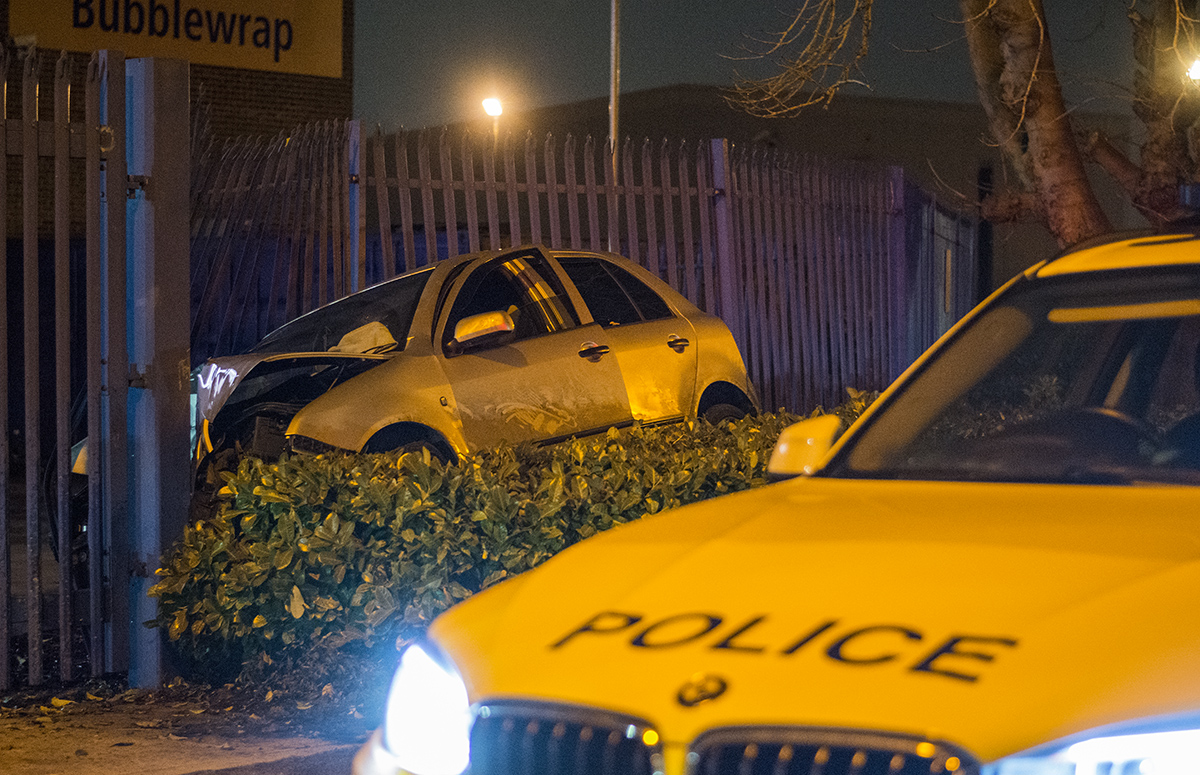 Dorset and Wiltshire Fire and Rescue Service told Wiltshire 999s that they provided first aid to two causalities at the scene prior to the arrival of the ambulance service.

The nature of their injuries are unknown at this time, but police say they are not serious.

The road was closed for an hour and a half while 999 crews worked, but it has since reopened.