UPDATED: A man’s been arrested after threatening to set fire to a property in Chippenham today.

The threats sparked a major emergency service response in Market Mead at around 9.30am.

Firefighters and paramedics watched on standby at the scene while police attempted to resolve the incident for more than five hours, ending the stand-off at 2.30pm.

The man’s understood to have made a number of threats whist shouting out of the window, including a threat to set fire to the home off Cocklebury Road — which appears to be for sale. 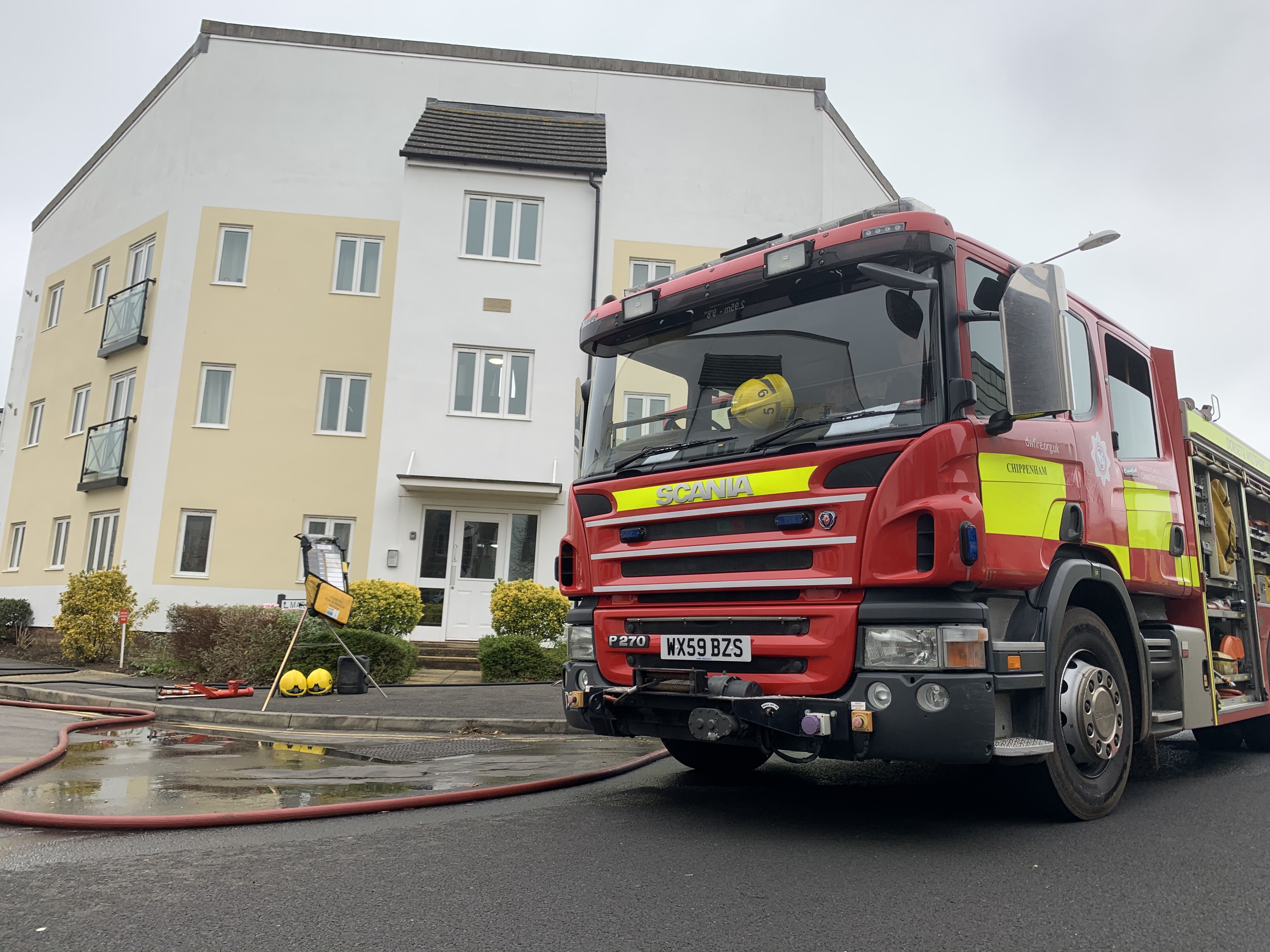 The road was closed until around 2.30pm while 999 crews worked at the scene.

A local resident, who had witnessed the threats being shouted from the window of the home earlier today, told Wiltshire 999s that he’s facing eviction from the property.

A spokesperson for Wiltshire Police said: “The incident has now been resolved safely and a 31-year-old man from Chippenham has been arrested on suspicion of breaching a non-molestation order.”

He has been taken to custody at Melksham Police Station.