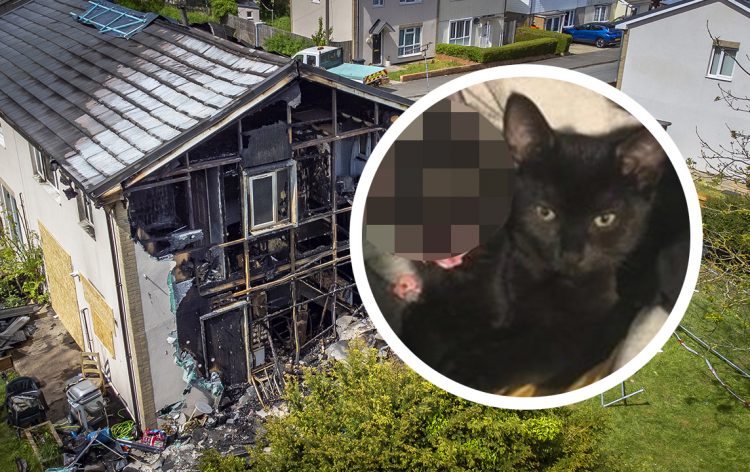 A beloved family cat is missing after a blaze ripped through a home in Swindon.

Dozens of firefighters battled the flames in Holly Close, Pinehurst, on Thursday night (12 May) – but the house was completely destroyed and another was damaged.

During the chaos, the family’s two-year-old black cat – named Ella – disappeared. She’s said to be wearing a yellow collar with a pineapple tag. She’s also said to be chipped.

A family member said: “[It] would mean so much to the family to have her back”.

The family are asking the local community to look out for Ella and report any sightings to them by calling 01793340191. They ask that people don’t attempt to pick her up as she is very timid.

Police think it started when a cigarette butt was thrown on a discarded mattress in the garden. It caught fire and subsequently set the house alight.

Firefighters from across Wiltshire worked at the scene for around seven hours as they extinguished the blaze, dampened it down and checked for hotspots.

South Western Ambulance Service rushed one casualty to Great Western Hospital. Their condition is not known, but they are not believed to have been seriously hurt.

Dorset and Wiltshire Fire and Rescue Service confirmed that a total of fire engines, an aerial ladder platform, an incident command vehicle and an operational support unit attended the incident.