Around 150 firefighters were tackling a blaze in Dorset over the past 24 hours where it’s thought more than 183 hectares of forest and heathland has been destroyed.

Yesterday evening, the incident at Wareham Forest was declared a major incident but it is understood the fire service has since managed to take control.

Dave Adamson, Station Manager for East Wiltshire, said that “almost every station in Dorset and Wiltshire” had played a part in battling the fire.

He added that crews are ‘working extremely hard” in “tough conditions”. 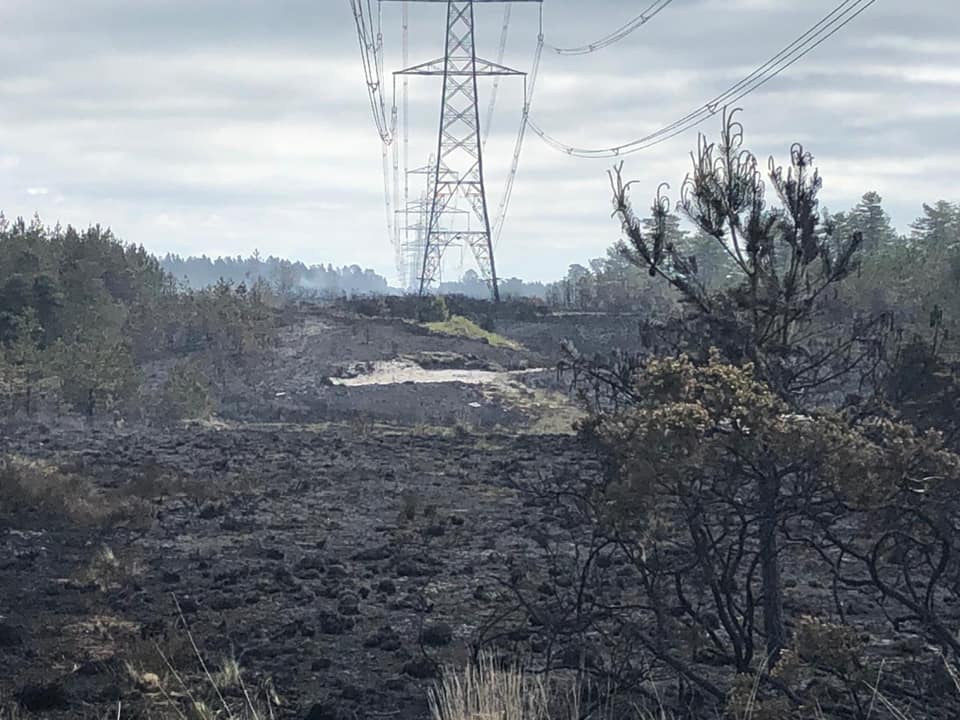 A spokesperson for Dorset and Wiltshire Fire and Rescue Service said: “Our firefighters are working extremely hard in very warm conditions at Wareham Forest.

“We’ll be on scene for the next couple of days making sure all the hotspot have been extinguished.

“Another very serious reminder to all about the importance of fire safety on our beautiful countryside.”

Dorset Police say they are working with the fire service to ascertain the cause of the fire.

Firefighters extricate casualty from car after two-vehicle collision near Purton