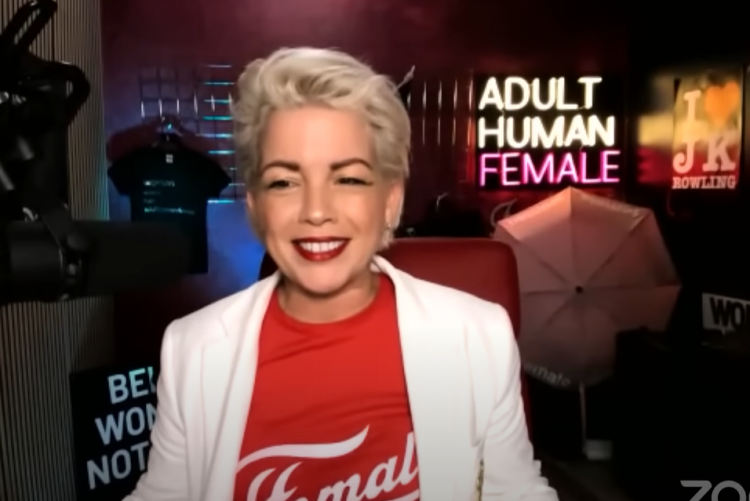 A woman’s rights activist was visited by Wiltshire Police officers – who allegedly accused her of being “untoward about paedophiles”.

Kellie-Jay Keen, who lives in Trowbridge, expressed her frustrations in a YouTube video about the force’s response to hate crime report on Sunday (24 July).

She claimed two officers attended her address stating that they had received a complaint about her being “untoward about paedophiles” in a video she had posted online.

Kellie claims she responded to the police officer asking: “It’s a crime to be untoward about paedophiles?” – to which they answered, “Well the person was offended.”

Kellie retaliated: “I’m offended that you’re here trying to silence women about the safeguarding of children.”

Many jumped to her defence and #UntowardAboutPaedophiles started trending on Twitter.

In a statement, Wiltshire Police said: “Following a report from a member of the public, officers visited a woman in Trowbridge to offer words of advice regarding comments made online which the complainant felt were inappropriate and offensive.

“No further additional police action will take place and the matter has been closed.

“Having reviewed our response to this incident in relation to the new guidance from the College of Policing concerning hate crime incidents, we acknowledge that the response from the Force was not wholly proportionate.

“However, it is important to state that our officers acted with the best intentions, working to the previous guidance, which only changed last week.

“We are currently working on ensuring the latest national guidance is fully shared within our organisation to provide clarity to officers on how reports of this nature should be dealt with on a case by case basis to ensure a consistent and proportionate response.”

He said: “My Police and Crime Plan is extremely clear in its direction that Wiltshire Police should focus on investigating the crimes which matter most to our communities.

“I was made aware of an incident on Sunday where officers visited an address to provide words of advice to a resident after they had published a video blog online which may have caused offence or distress.”

As a result, Mr Philkinson “asked for a full explanation from Wiltshire Police, a rationale around the decision-making which resulted in uniformed response and whether it was considered proportionate in this instance”.

He added: “This is not about the subject matter, which if the threshold for a hate crime was met I completely agree with, but whether it was a proportionate response.

“Subsequently, while accepting the officers acted with the best intentions, Wiltshire Police is currently working on its own local guidance after the latest College of Police update still leaves much open to individual interpretation.

“This means the Force will provide more clarity to officers on how reports of this nature should be recorded and to ensure consistent responses and effective use of police resources across the spectrum of criminality in the county.”