A woman’s been taken to hospital after crashing into traffic lights in Swindon this evening.

Emergency services were called to Purton Road, where it meets Thamesdown Drive, at around 7.30pm following reports of the singe-vehicle road traffic collision.

A black Renault made contact with several pieces of road furniture just before the road changes to Thamesdown Drive, completely destroying a traffic light. 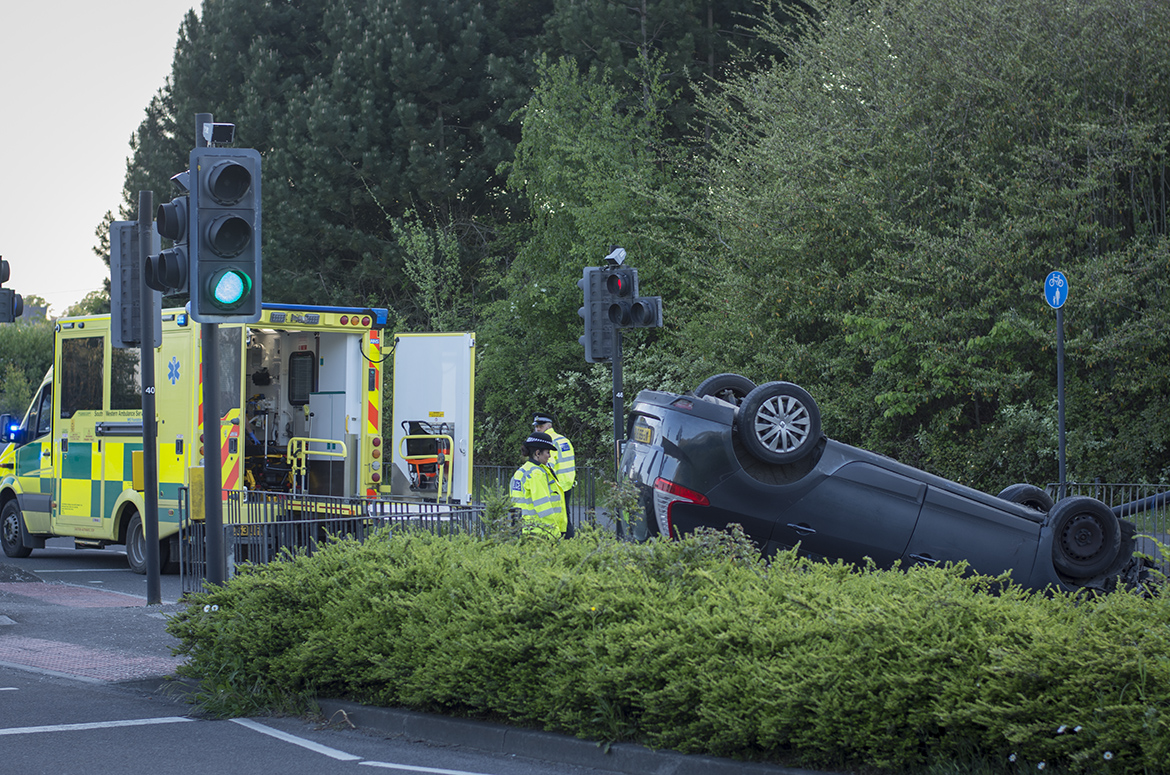 The casualty — thought to be a woman in her 40s — remained in the vehicle while paramedics assessed her injuries, which were confirmed as minor.

Commenting on social media, eyewitness Geri Jefferies said the woman “wasn’t speeding”, claiming she was a “key worker who had just finished a 12 hour shift”.

The road, which was closed from Mead Way, reopened at around 9pm.