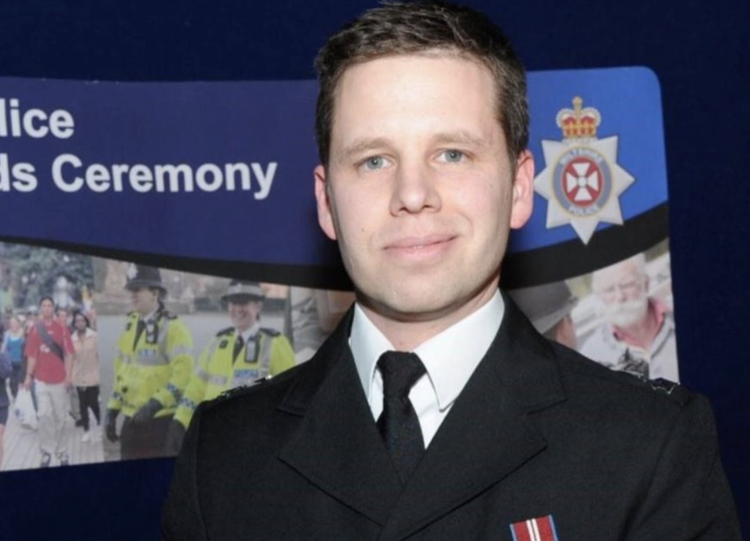 A police officer who’s currently being treated in hospital following the nerve agent attack on a former Russian spy in Salisbury on Sunday has been named.

DS Nick Bailey, who joined Wiltshire Police in 2002, remains in a serious but stable condition. 20 others were also treated following the attempted murder of Sergei Skripal and his daughter, Yulia.

A senior Wiltshire police officer was forced to urge the world’s press not to camp outside his colleague’s house, and cause his family further distress.

Superintendent Chris Chammings tweeted: “A plea to the press, if you are told by Nicks family they don’t want to speak to you, that doesn’t mean “please camp outside my house and increase an already horrific time for me” #showsomehumanity”.

Following his visit to see Nick and his family at Salisbury District Hospital today, he released this statement: “I have visited Nick in hospital this afternoon and I can confirm that he is conscious, talking and engaging with people. Of course, he still remains in a serious, but stable, condition, but I am deeply relieved to have visited him and spoken with him in person.

“I have also met with Nick’s family and relayed our deep concern for their welfare.

“We have all been deeply appreciative of the outpouring of support from staff, public and around the country – we are very grateful for this.

“I would like to reassure you all that Nick is receiving medical intervention and care from highly specialist medical practitioners experienced in these matters.

“Nick is a hugely popular member of staff and all our thoughts are with him. The welfare of all of my officers and staff is of paramount importance to me.

“As announced by the Counter Terrorism Network yesterday, it has been ascertained that the substance involved was some form of nerve agent.

“Officers who were first on the scene displayed selfless commitment to their jobs as they tried their very best to help these two people – unaware of what they were dealing with.

“At the time of the first emergency calls no one knew what developments this investigation would take and I would like to commend all officers, staff and volunteers who respond to emergency calls, every day, never knowing what is around the corner as they keep our communities safe.