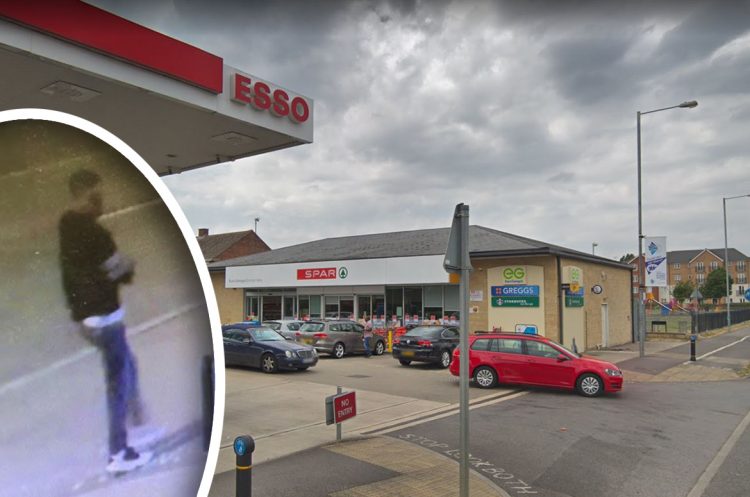 Pictured (left): the man detectives want to talk to in connection with the sex attack

Detectives have launched an investigation into the rape of a 19-year-old woman in Swindon.

The serious sexual assault took place at around 10.30pm near to the Esso service station in Dorcan Way last Thursday (10 September).

The victim is understood to have walked between Greenbridge Retail Park and the area in which the attack took place. During this time, she was approached by a nurse who asked if she needed any help. The victim said she was ‘fine’ and the nurse carried on driving.

Shortly afterwards, it’s said an unknown male approached her, walked with her and then raped her.

The male is described as white with dark hair, wearing jeans, a dark jumper and black and white trainers.

Wiltshire Police says it has stepped up patrols in the area following the attack.

Det Insp Paul Hacker said: “We would like to hear from anyone who was in this area of town during the late evening of Thursday 10 September and who may have seen or heard anything suspicious.

“Perhaps you may have seen a woman walking alone or accompanied by a male around this time?

“We’re also keen to hear from the nurse who stopped just before the assault to check that the young woman was alright – if that was you, please contact us.

“The area is surrounded by major roads, if you were driving around that part of Swindon perhaps you have dash cam footage which might also help us.

“If you have any information which could help our enquiries please contact us on 101 quoting crime reference number 54200091255.”