An air ambulance landed in Swindon this morning to attend a serious medical incident nearby.

Paramedics were seen dressed in full protection, including white suits and masks, as they treated a male casualty at a bus stop in Flint Hill, Toothill at around 9.30am today (Monday).

Wiltshire Air Ambulance touched down just 100 metres away in Folly Park before critical care medics being chauffeured to the scene in a police car. 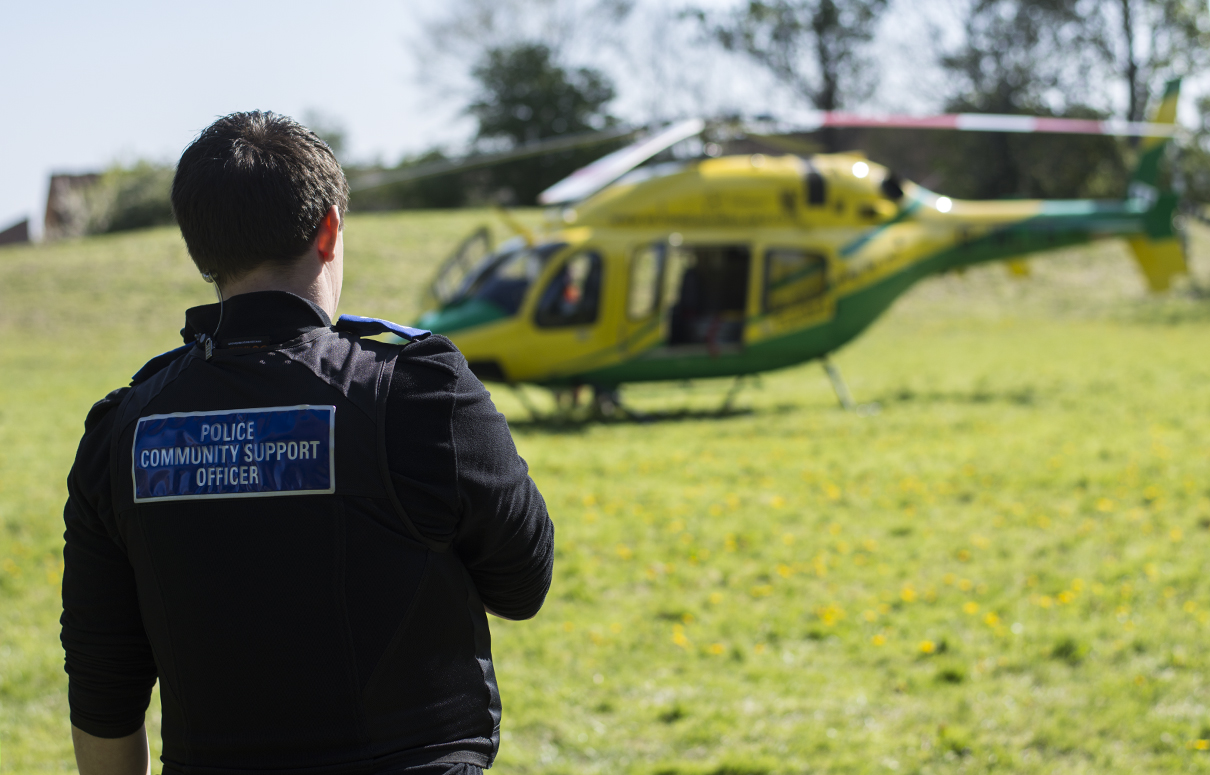 The male cardiac arrest casualty – understood to have been successfully resuscitated – was taken to Great Western Hospital by land ambulance, but a critical care medic stayed on board during the journey and was collected by the air ambulance a short time later.

A police sergeant told Wiltshire 999s “there is nothing to indicate that this is COVID-19 related”. 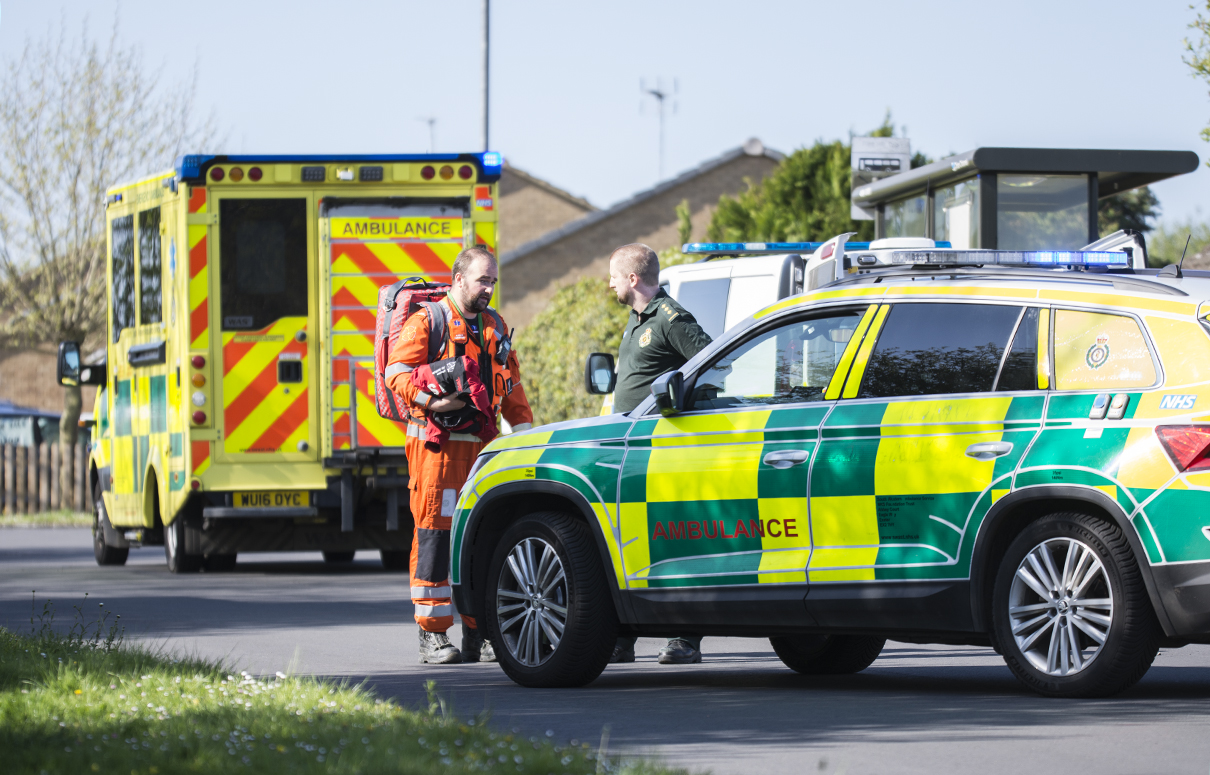 The road was closed in both directions by police as 999 crews worked, reopening at 10.30am.